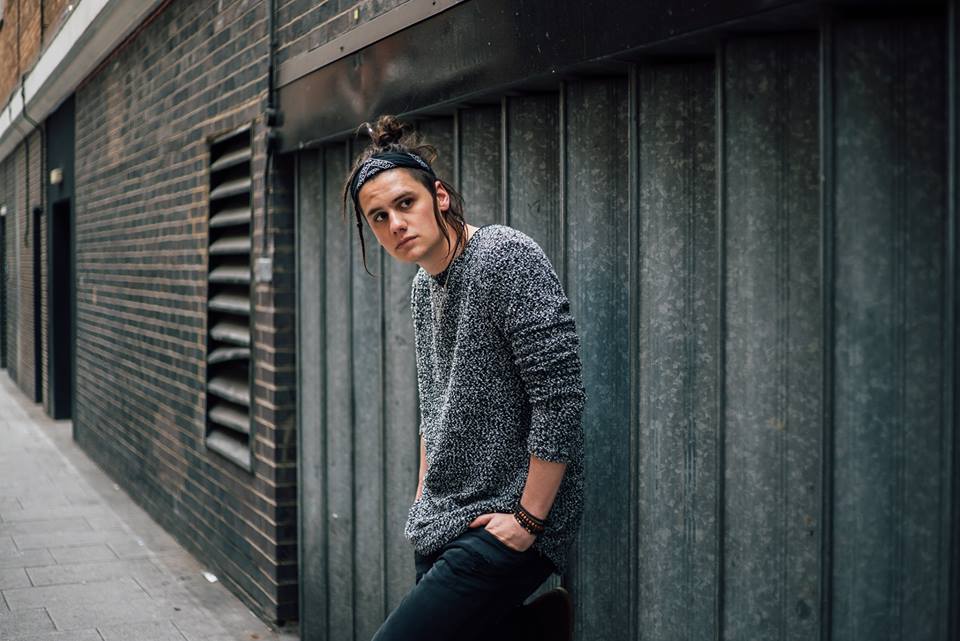 We spoke to Austrian London-based musician Joe Traxler last autumn. We were talking about his Forty Four EP, which was released last October. Now he is back with his brand new single “Why Does It Rain Now” and we are totally in love! Not only did the song left us touched but also the music video to the song.

It’s a minimalistic one-shot video, with Joe walking in the rain followed by four people trying to confront him. According to Traxler, 18 people were involved in the production, directed by Richard Taylor. The production head was Karan Walia and the video was mastered by Pete Maher, who has worked with U2 and The Rolling Stones.

“We tried lots of different ideas until we settled with a rather abstract concept due to the sensitive topic and to accompany the unanswerable questions proposed in the lyrics”, he explained. “There is no name on the gravestone in the very end which leaves multiple options to interpret the video”.

Traxler also opened up to us about the background of the song: “The title ‘Why Does It Rain Now?’ was initially triggered by an abrupt weather change on NYE 2016 that set the mood for writing the lyrics which were dedicated to a family member who passed away the same year, unexpectedly and too early in his life”.

We all have lost people we loved in our lives. We all cried and tried to find an explanation. Taking a look at the lyrics we feel like Joe gave as a song which reflects what goes on in our minds when we lose someone, even though we have so many words left unsaid. “How can we show you how much we love you with your soul up in the clouds?”

A simply touching and authentic piece of music. Mesmerising and brutally honest. Although the song has a primarily melancholic vibe you still can feel that spark of faith in the melody. Especially within the bridge, the song illuminates. Just like life, huh? Because what we must not forget is – it goes on. Thank you for the song, Joe.

Jazz Egger
Yo I'm Jazz and I just moved to London from Austria. As the daughter of a DJ I literally grew up loving music, especially vinyls! My heart beats for rock music but hey it's the 21st century and I think genres shouldn't be caged in a box. My goal is to support musicians and artists because they are the ones who make life worthwhile, right? Besides writing for WPGM I work as a model and actress. Oh and I'm always down for live music and art exhibitions so feel free to shoot me a message on facebook if you want me to check out something.. #Peace.Love.Jazz