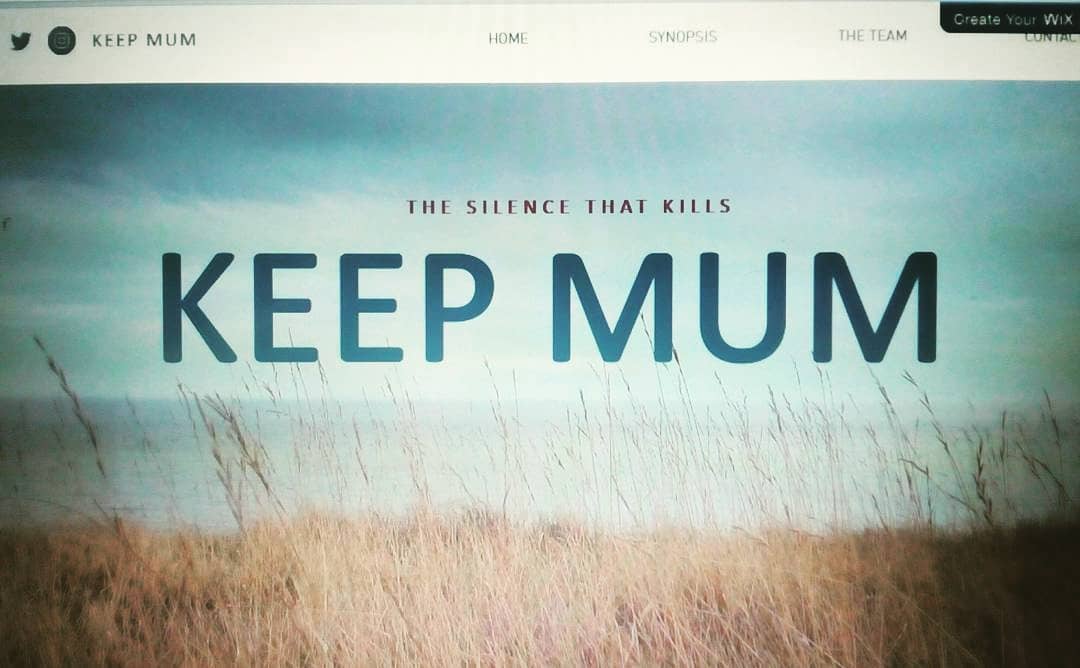 With the #TimesUp movement currently making a huge impact on Hollywood thanks to the brave women dubbed The Silence Breakers, there’s arguably never been a more important time for filmmakers to shine a light on the horrors of sexual assault and abuse towards women. The upcoming short film, Keep Mum, seeks to continue that conversation.

The film is a psychological thriller, specifically a story about the consequences of domestic violence. On press releases, their Indiegogo campaign and more, the first words you will read are a quote from Marai Larasi, co-chairman of the End Violence Against Women Coalition: “There is a wall of silence against women and violence, and every time a woman speaks out it breaks a crack in that wall”.

Director Luana Di Pasquale wrote the first draft of the film revolving around a young mother losing control of herself while taking care of her eight year-old son in December 2016 and developed the film throughout the next year, but the beginning of the #TimesUp movement has coincided with the project, shining Di Pasquale’s story in a new light and making it more relevant and important than ever.

Di Pasquale said “it feels like the right moment to make our film a reality, reinforcing the call in support of women, and against violence”, but she was also clear to add that the film specifically revolves around domestic violence and how victims of said violence often deal with the trauma by turning into perpetuators of violence themselves:

“From personal experience and research, I have learned that often, and unconsciously, victims of domestic violence deal with their own traumas by becoming perpetrators themselves. Also guilt plays an enormous factor over victims of abuse healing process”.

Unsurprisingly, a script tackling the effects of abuse in the current climate has struck a chord with the crew involved in the film, with Producer Lisa Turnbull explaining: “the majority of the crew are women. It wasn’t so much a conscious decision to have a female dominated crew but I think it naturally happened with the nature of the script”.

Di Pasquale seeks to elucidate her message though a number of influences, notably Italian neorealism, while also describing the film as a mix of drama, horror and arthouse cinema. Interestingly, Keep Mum will not only be its own short film, but also act as a trailer for Di Pasquale’s feature-length debut, My Enemy Within.

As is often the case for small productions, funding has been the film’s main sticking point. Having raised an initial £4,000, the producers headed to crowdfunding site Indiegogo in the hopes of raising a further £5,000 to cover the location fees and also pay for camera, lighting and grip equipment. Turnbull talked about the difficulties and rewarding aspects intertwining when it comes to crowdfunding:

“We are applying for grants continuously and speaking to fellow film makers and producers to gain their engagement and backing. Combining this with crowdfunding campaigns such as Indigogo can be really fun.

It is amazing to connect with new people and get support from old and new friends and members of the family. I like the idea that it brings us all together to share something we are so passionate about and that we utterly believe in”.

With shooting scheduled for the end of February, and a premiere date set for April, there’s still time to help fund the project here at Indiegogo and take advantage of some great perks and rewards. There’s no better feeling than creating art with other passionate people, especially when it seeks to spread an important message.

Di Pasquale sums it up perfectly: “It’s a wonderful feeling, a beautiful energy”.