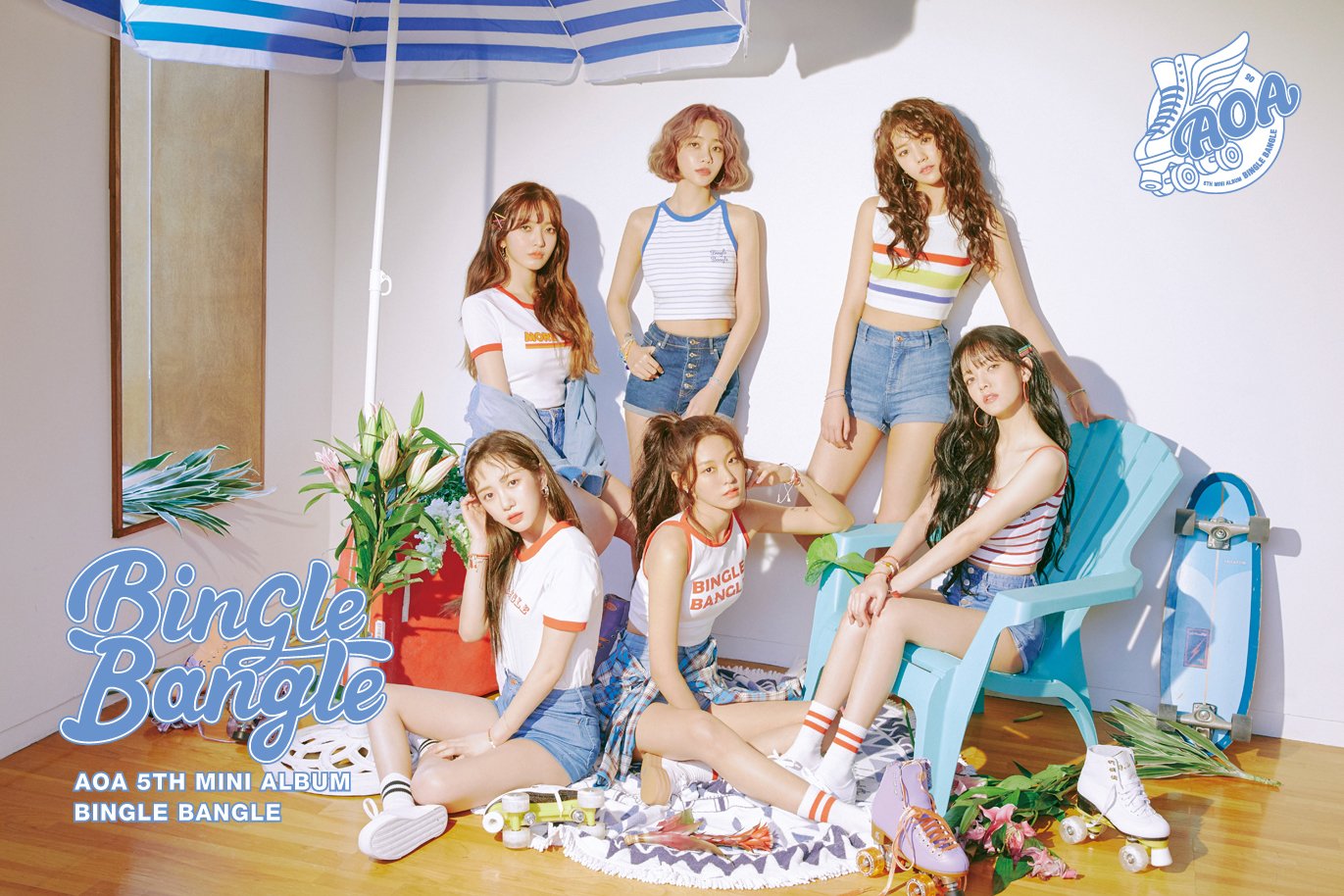 AOA release the music video for their newest single “Bingle Bangle” which is the upbeat title track for their new fifth mini album.

The music video starts with a girl playing a video game with the same name as the song. The girls are seem to be having fun working as waitresses. As the video progresses, the girl is winning many extras in the game and finally, she enters the game. The video game includes many references to other titles like Mario Bros and others. Also, all are made with pixelated animation effects.

Bingle Bangle was released by FNC Entertainment and distributed by Kakao M.. It contains a total of six songs, including the title track, described as a funky summer song with fresh and lively energy.