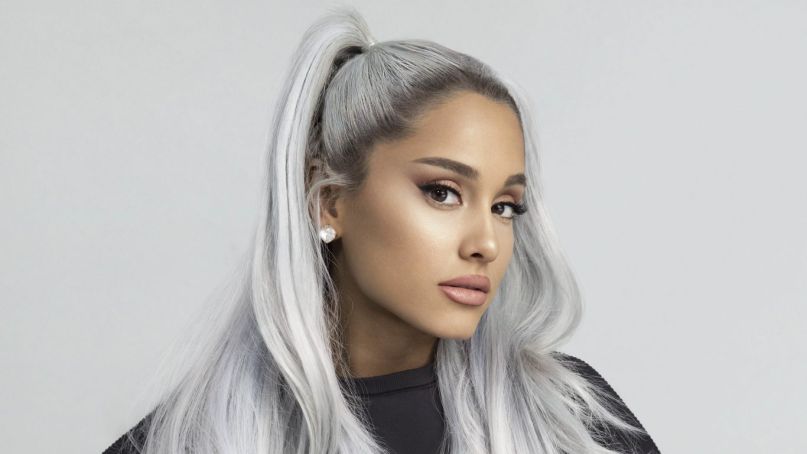 Pop singer Ariana Grande has once again blessed her fans with yet another brand new single titled “Imagine”. Grande had been teasing the heartfelt single on her socials ever since he had released her hit visual for “Thank U, Next”. And yesterday, she has finally shared with us the breathtaking track.

The retro R&B-like single is an emotional one. The instrumentation is mid-tempo and smooth which is emphasised even more by Grande’s mesmerising vocals. The talented artist sings effortlessly about intimate love and “imagines” a world of mere deep emotions and passion surrounding her and her significant other.

“Kiss me and take off your clothes. Imagine a world like that”, she sings. On Twitter, she has described the song as “a simple, beautiful love that is now (and forever) unattainable”.

On Instagram, Grande has shared with her followers a more deeper interpretation of the song: “A lot of this album mourns failed yet important, beautiful relationships in my life (as well as celebrates growth/exploring new independence). But for those of you asking about ‘Imagine’: I would say if ‘Thank U, Next’ = acceptance… ‘Imagine’ = denial. Hope that makes sense”.

“Kind of like… pretending it never ended. Denial. But I look forward to you hearing it and having your own experience with it. You may take away something totally different and specific to your life! Love u”, she added.

“Imagine” serves as a follow-up to Grande’s latest hit single “Thank U, Next”, including “God Is a Woman”, and “Breathin”.

The singer is currently working on her forthcoming new album Thank U, Next, which follows her previous project Sweetener. Reportedly, the album will feature a single about her ex-boyfriend Mac Miller and the “Party-ready” remake of “My Favourite Things” from The Sound of Music.

Ariana Grande has told Billboard: “This [album’s] not particularly uplifting. A lot of it sounds really upbeat, but it’s actually a super sad chapter”.