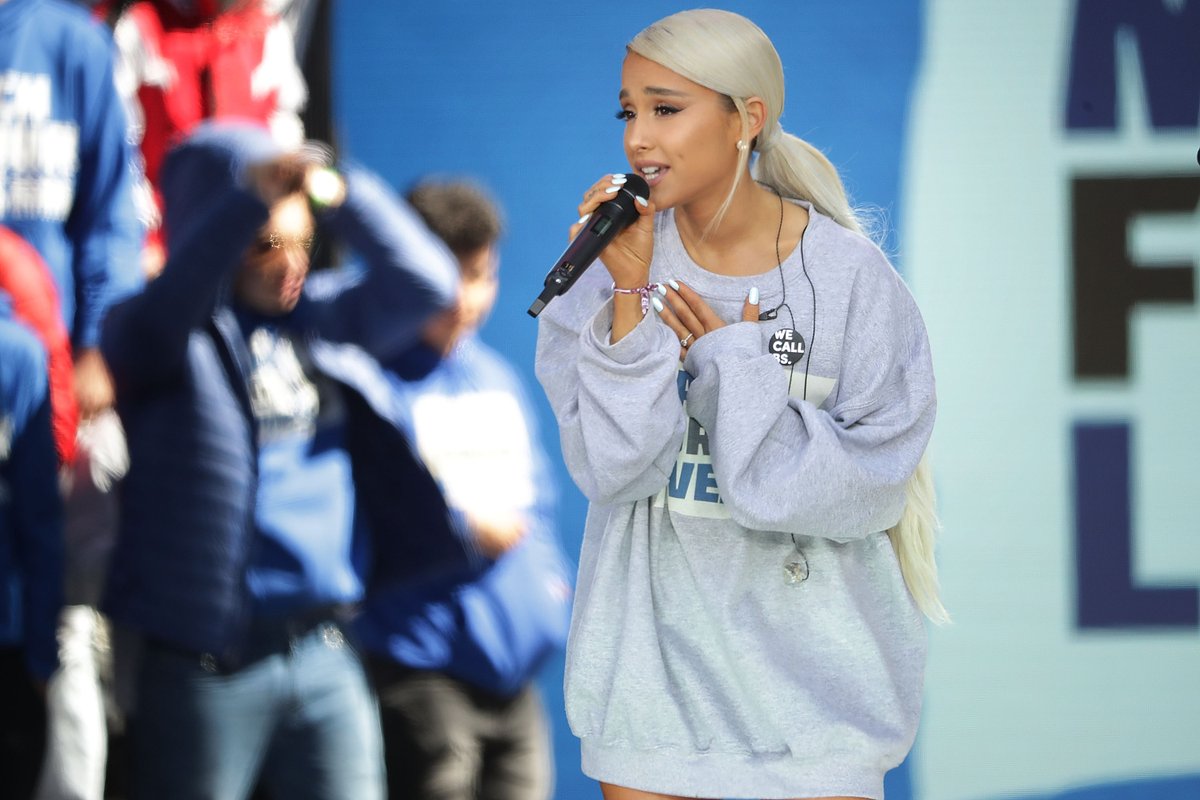 Ariana Grande has released the first single from her upcoming album today titled “No Tears Left To Cry“.

After a year hiatus following the terrible terrorist attack at her last concert in Manchester, she revealed on Twitter the name of her next single along with the single artwork and 30 seconds snippet of the song.

Fans speculated that the snippet will serve as the intro of the song but rather it contributes as part of the melody and harmonies that later form the medium tempo track with a funky bassline produced by herself, Max Martin, ILYA and Savan Kotecha.

“No Tears Left To Cry” is about turning the page when you don’t have more tears to cry and this track is the first single of her fourth upcoming album that will be executively produced by Martin and Pharrell Williams.

The music video was directed by Dave Meyers, the award winning director behind many of Kendrick Lamar‘s music videos. In this video, he recreated a changing world including many lights and skyscrapers defying gravity.