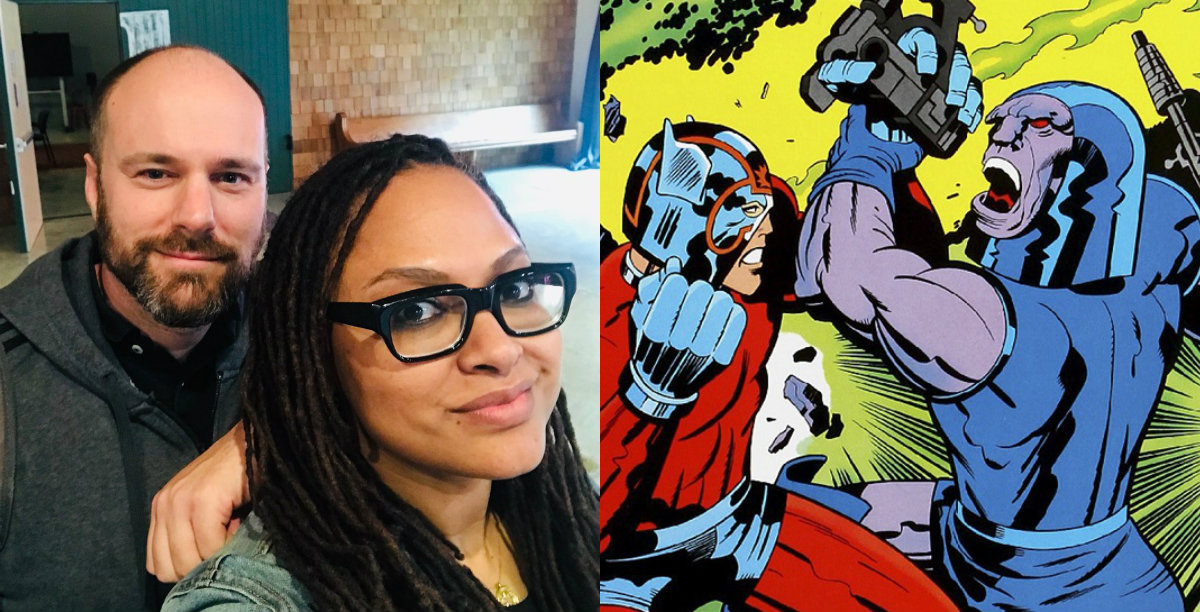 Last week, comic book writer Tom King announced he’d be leaving DC’s weekly Batman after issue #85. This came as a surprise to many fans as King had previously stated he’d stay on until issue #100. Naturally there was much speculation on his reasoning, and now we have it. Per The Wrap, King has signed on to co-write the script for Warner Bros.’ The New Gods alongside Ava DuVernay.

The New Gods was created by comics mogul Jack Kirby in 1971. The stories revolve around the highly-evolved residents of two twin planets – the peaceful, idyllic New Genesis, and the war-like lava planet Apokolips.

Orion, Metron and Highfather are major characters, though the most well-known to general audiences is probably Darkseid, the ruler of Apololips. He was teased as the major villain in the DCEU before it fell apart.

King has taken an unusual path to comic book writing. He’s a former counterterrorism CIA officer, but has quickly been hailed as one of the most talented storytellers working in the medium today. He got his start with DC’s Grayson series, before rebooting The Omega Man in 2015 and completely reviving Marvel’s Vision in The Vision series, which won he and artist Gabriel Walta some major awards.

Since then, he’s been tackling DC’s big fish in Batman, famously having the Dark Knight and Catwoman engaged to be married. He’s clearly got a mind filled with originality, and should be a great fit for a Dune-esque, hard sci-fi superhero film like The New Gods.

DuVernay is coming off another blockbuster, A Wrinkle In Time, that didn’t do so well. However it did make her the first black woman to direct a film with a budget over $100 million. She’s proven to be an incredibly talented director in the past, and will likely prove it again when her Central Park Five miniseries, When They See Us, hits Netflix tomorrow. Early reviews tease something magnificent.