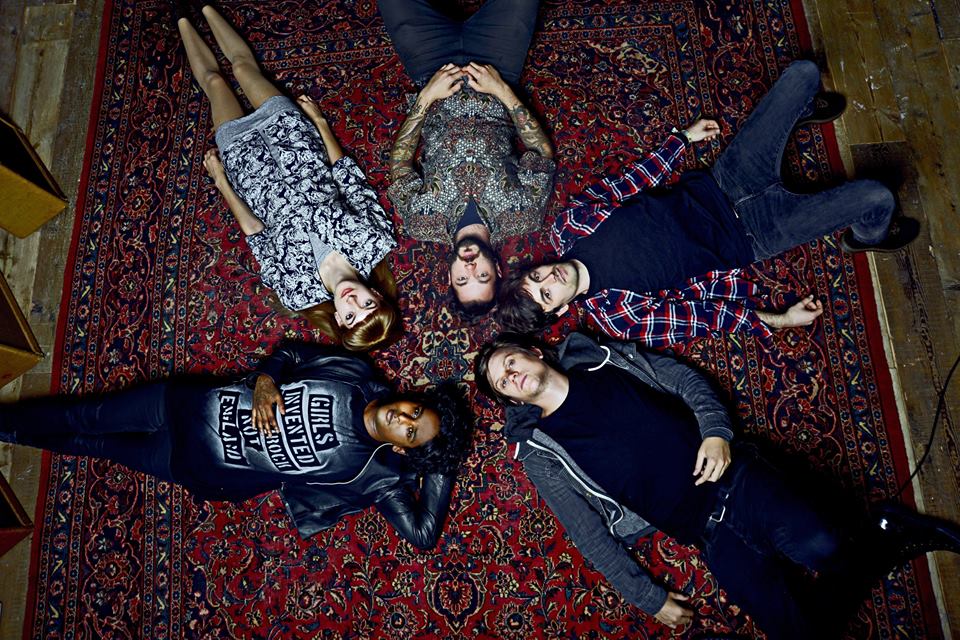 Dance punk outfit Bleach Blood have released a video for their track “London In The Rain”. The video features singer and founding member Jamie Jazz walking around London with his own personal cloud that always rains on him. Bleach Blood have already released five singles from their forthcoming debut album – “Let Your Heart Sing”, “Darling Don’t Dive Without Me”, “Anything, Anything”, “H.O.P.E” and “Pleased To Meet You”, to promote the album titled All Sides Of A Circle, which will be released a month from today on Transmission Recordings. Jazz was previously the guitarist for The King Blues and this connection is somewhat present in Bleach Blood’s sound, although this is an altogether new venture. It will be interesting to see how their album comes together. You can find the video for “London In The Rain” below, you can pre-order the album here.

Chris Hyde
I'm a writer, spoken word poet, rapper, and songwriter. Basically I'm all about the words and I can't focus on one thing at a time. I spend a lot of my time in the studio. I'm a graduate of Leicester university but now I live in the leafy green wilderness. My background is in grassroots politics and being angry at the 'man'. Now I buy way too many clothes and trainers to be preaching. If its got clever, intriguing lyrics and a catchy hook, you got me.