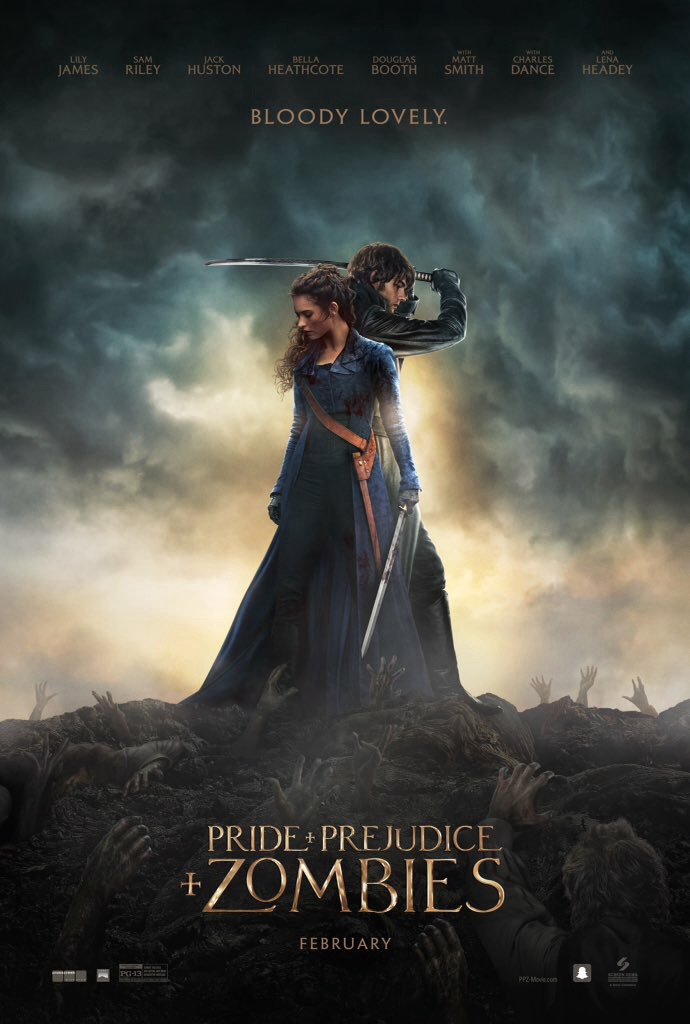 The classic Jane Austen tale of relationships between different social classes in 19th century England and zombies gets a “bloody lovely” new poster. The film starring Lily James, Sam Riley and Matt Smith is based on the 2009 parody novel by Seth Graheme-Smith, due for release on February 12, 2016. Horror comedy is notoriously difficult to get right, Edgar Wright’s 2004 Shaun of the Dead still remains the high water mark by which all others are judged. The period does however add a novel approach that lends itself to parody. This could be the film of choice for a “bloody lovely” 2016 Valentines date night, we will have to wait and see.