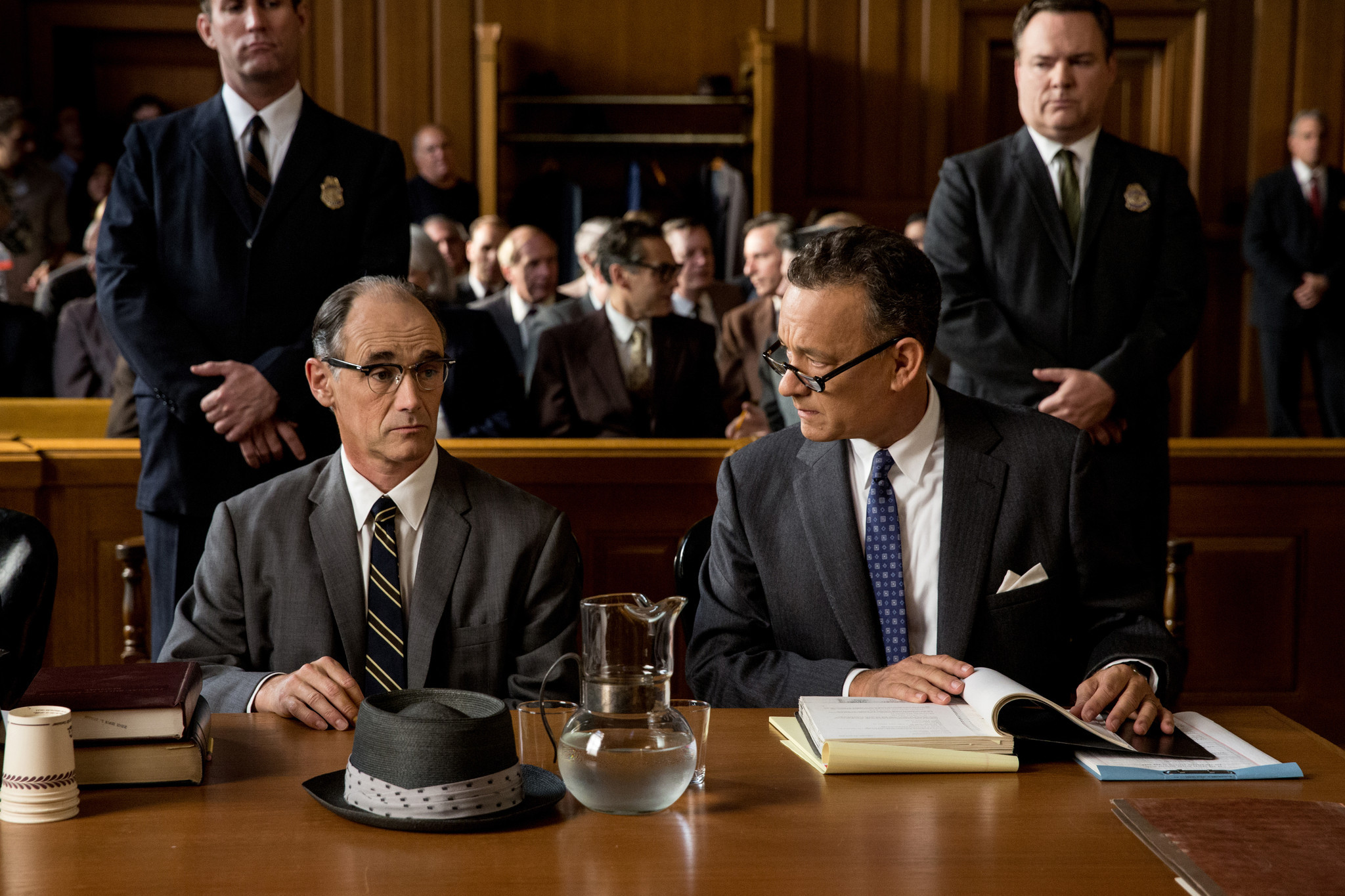 There are generally two extremes of Steven Spielberg movies: crowd-pleasing feel good blockbuster, and heart-wrenching serious drama. Many of his films fall somewhere in between these two categories, but either way, they are all easily recognisable as Spielberg films. Bridge of Spies falls in the middle but definitely sways more towards the drama but not without the hope and optimism you’d find in his more uplifting pictures.

Though the film’s subject matter deals with a lot of life-and-death situations in the midst of one of the most heated periods in international politics, Bridge of Spies is certainly not a rollicking thrill ride of a movie. It tells a story driven through words rather than action, its scenes consisting mostly of legal proceedings and negotiations, and to some, that may be tiresome. But if you love strong dialogue and interesting character conflict, Bridge of Spies will capture your attention just as strongly as any movie filled with gunfire.

It’s a long sit at nearly two and half hours and there are some subplots and side characters that end up going nowhere, but Spielberg’s direction and the witty dialogue of the Coen Brothers keeps the pace at just the right intensity to avoid tedium. But what really makes Bridge of Spies so enjoyable to watch is its uplifting themes about securing justice for all, remaining unflinching in the face of denial, and doing what’s right rather than doing what you’re told. The film certainly has its dark and intense moments, but Spielberg always imbues the story with that magical warmth that only he can bring to movies, closing the picture on a sappy but emotionally satisfying note.

Tom Hanks is a cinematic treasure and his honest persona is a perfect fit for the role of Jim Donovan. The character is an eternal optimist fighting only for what he deems fair, a lawyer in it for justice rather than winning, and whilst Hanks’ usual affability gels with this impeccably the scenes where he has to be more firm and persuasive are where he really shines as an actor. You really get the sense that this man would rather jeopardize the entire operation than concede a human life, and Hanks accomplishes this through a fine mix of likability and resoluteness.

Spielberg has also assembled a fine collection of character actors to populate his supporting cast, but none of them shine as brightly as Mark Rylance’s performance as Soviet spy Rudolf Abel. His modest and often humorous performance provides a lot of levity, and the scenes between him and Hanks are pure gold on so many levels.

Spielberg’s style is so distinctive that you can easily break it down to its core elements, but it’s an approach to filmmaking so simple yet effective that it remains powerful all the same. The way he composes the camera in every shot, combined with Janusz Kaminski’s gorgeous cinematography, makes every movement flow and evolve with the action rather than the other way around. The period detail in the sets and costumes captures the Cold War era perfectly (e.g. expect a lot of suits and fedoras), and though this is the first Spielberg picture to lack a score by John Williams in a long time, Thomas Newman is a more than worthy replacement and crafts a score that is quintessentially Spielberg but still stands on its own.

Bridge of Spies is Spielberg through and through, and if you enjoy all his varying flavours of film then you’re definitely going to enjoy this one. The story is strong and uplifting, the performances from Tom Hanks and Mark Rylance are top notch, and it once again reminds us that Steven Spielberg is still the master. Though I certainly enjoy his more serious fare, I am glad he’s making a return to more mainstream movies for his next couple of films: adaptations of the classic Roald Dahl book The BFG and pop culture-savvy sci-fi novel Ready Player One (or, as I like to call it, Please Don’t Suck Please Don’t Suck Please Don’t Suck).