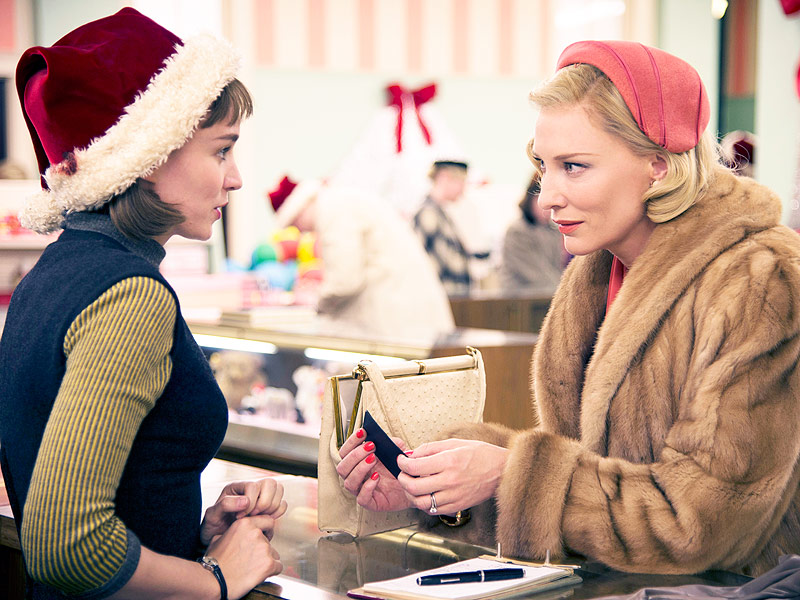 Carol is a great film that I had the pleasure to have seen recently. This is a must see for everyone loving good films. I am quite critical about films involving love between two female characters, but the way Cate Blanchett and Rooney Mara portray their characters plus their on screen chemistry made me not want this film to end. The acting is top class from the before mentioned, but also from Sarah Paulson and Kyle Chandler. Rooney and Cate captured perfectly what it’s like to be falling in love.

As the story develops You’ll get taken away with how how their love for each other affects their lives. I believed the film presented the time period in a very unique and beautiful way. Nothing was overtly flashy or Normal Rockwell 50s. The film is stunning in terms of visuals, with impeccable make-ups and wardrobes, plus the beautiful locations covered in snow while Cate and Rooney take a trip. Finally, the soundtrack is tasteful, with songs that correctly set the tone of their relationship. Carol is out in cinemas everywhere !