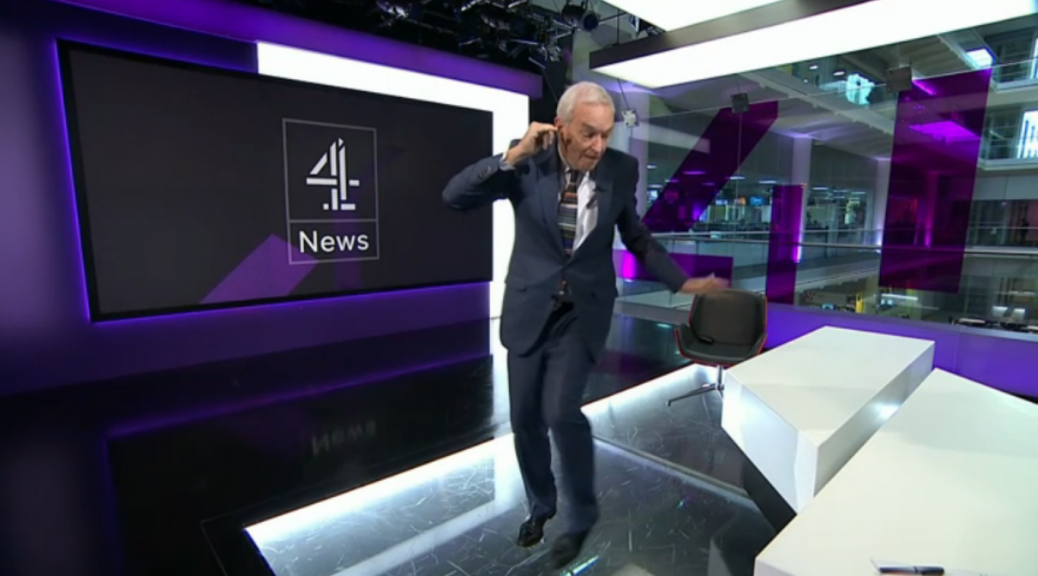 Is this what happens in newsrooms all over the country, when the lights go down and the cameras stop rolling? Newsreaders getting down on the dance-floor, to throw some serious shapes to the hottest hip hop tunes? Jon Snow – no, not the Game Of Thrones’ character, but the esteemed Channel 4 newscaster, can be seen busting a move or two to Drake’s “Hotline Bling” as shown on the Big Fat Quiz Of The Year last night (December 26).

Snow showed off some carefully choreographed moves and nifty footwork, proving what a good sport he is. If Drake needs a backing dancer in the near future, there’s only one man to call: Jon ‘Steal The Show’ Snow. The Big Fat Quiz Of The Year is repeated on Channel 4 on Tuesday, December 29 at 10pm. But if you can’t wait till then, you can check out Snow’s smooth moves here.