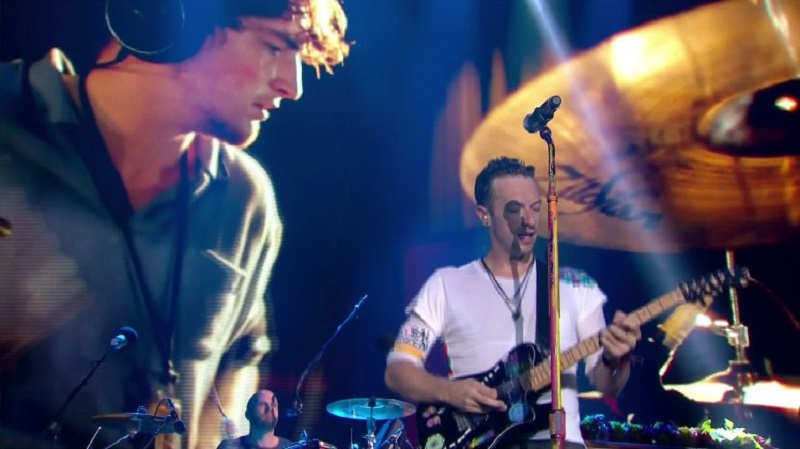 Chris Martin paid tribute to late indie-rockers Viola Beach earlier this evening by letting them ‘headline’ Glastonbury, if only for a song.  The band – made up of Kris Leonard, River Reeves, Tomas Lowe and Jack Dakin – died alongside manager Craig Tarry after their car plummeted from a bridge in Sodertalje, Sweden, during a tour back in February.

Replacing their cover of David Bowie’s “Heroes” with the young band’s “Boy’s That Sing”, the famous four-piece were briefly able to give these talented musicians a moment they would have all dreamt about.  To view their moving rendition, look below:

Bursting with pride. Tonight the @Viola_Beach boys’ music made it to the greatest stage of them all https://t.co/Bnzb9FAkxU