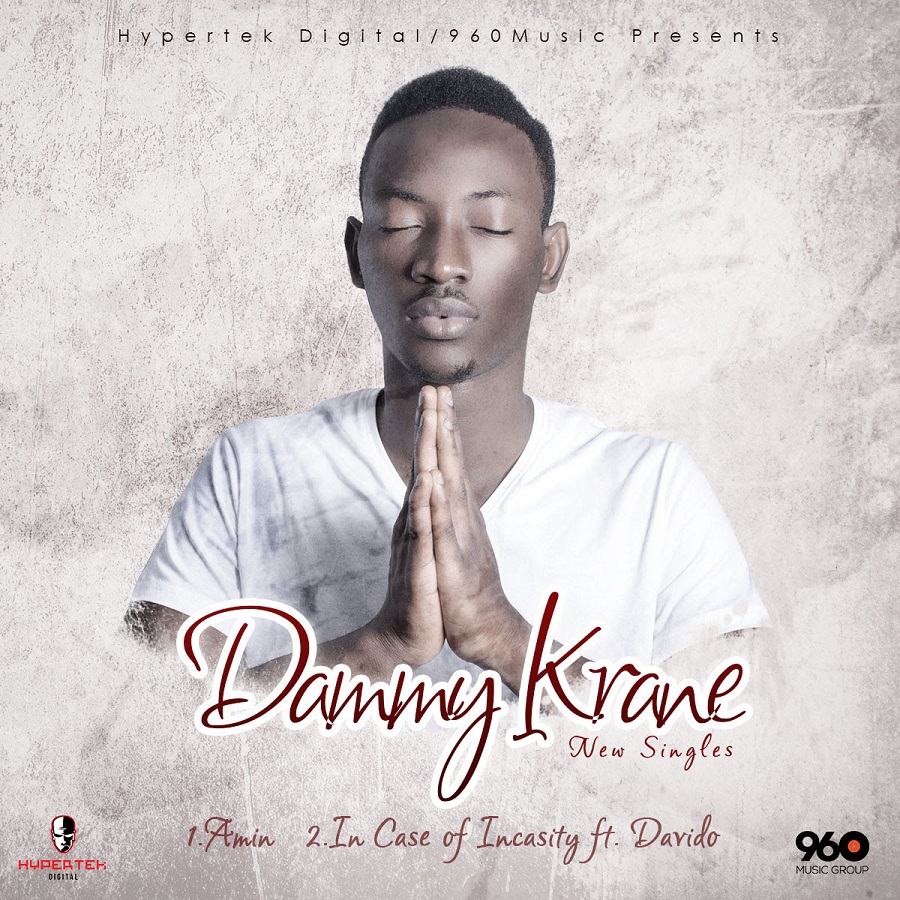 960 Music Group/Hypertek Digital artist Dammy Krane presents two new singles titled “Amin” and “In Case of Incasity” featuring Davido off his forthcoming album The Enterkraner. Both tracks have been produced by Spellz and offer something different for Dammy Krane’s fans.

“Amin” is a slow tempo, prayerful song encouging fans to have hope for their future whilst “In Case of Incasity” is a track for the clubs as Dammy Krane delivers a smooth delivery with Davido adding something different to the track. The verstatility of the two tracks, definitely makes the wait for the highly anticapted album worth it. Listen and download “Amin” and “In Case Of Incasity” down below…