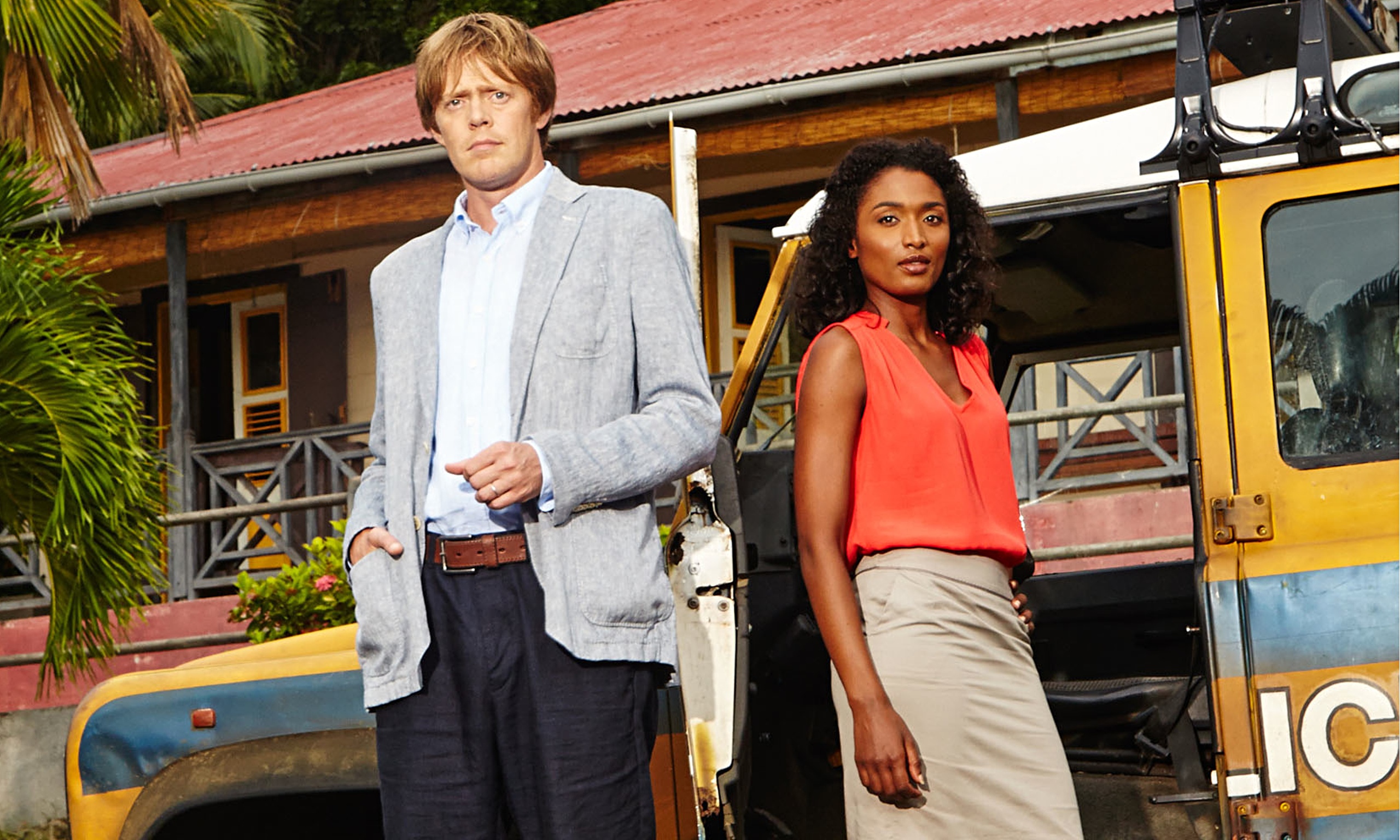 Death in Paradise is one of the best things on TV right now. A great balance between a comedy and crime drama. The main premise is that every week there is a murder on the Island, always in suspicious circumstances and with several suspects, all with legitimate motives. DI Humphrey Goodman (Kris Marshall) and DS Florence Cassell (Joséphine Jobert) begin to investigate the murder.

They are assisted by Officers Dwayne Myers and J.P Hooper who offer a comedic angle. This episode centred around a young model who was strangled during a charity fashion show. As usual there are several suspects all with alibis and motives to kill the model in question. This episode it was particularly difficult to identify the murderer with a clever plot that kept viewers guessing right up until the end.

It is very much similar to a modern day Miss Marple, in that there are always a few suspects where it is almost impossible to guess the killer. This highlights the strength of the writing and how well it encourages the audience to investigate themselves and form their own theories. The simple fact that it is set in the Caribbean is different and makes the program dissimilar from the all the other generic Police dramas.

Police dramas are a crowded area of television and overdone a lot of the time. Death in Paradise is a breath of fresh air compared to others in this genre. The characters are interesting, comedic but show intelligence at the same time and at no point appear arrogant doing so. The structure of the program means you don’t have to watch every one to follow the plot. The change in characters every week make it dynamic and something new for an audience to look forward to.

“This is all about image, or how things appear to be, and what if you could appear to be somewhere you weren’t”