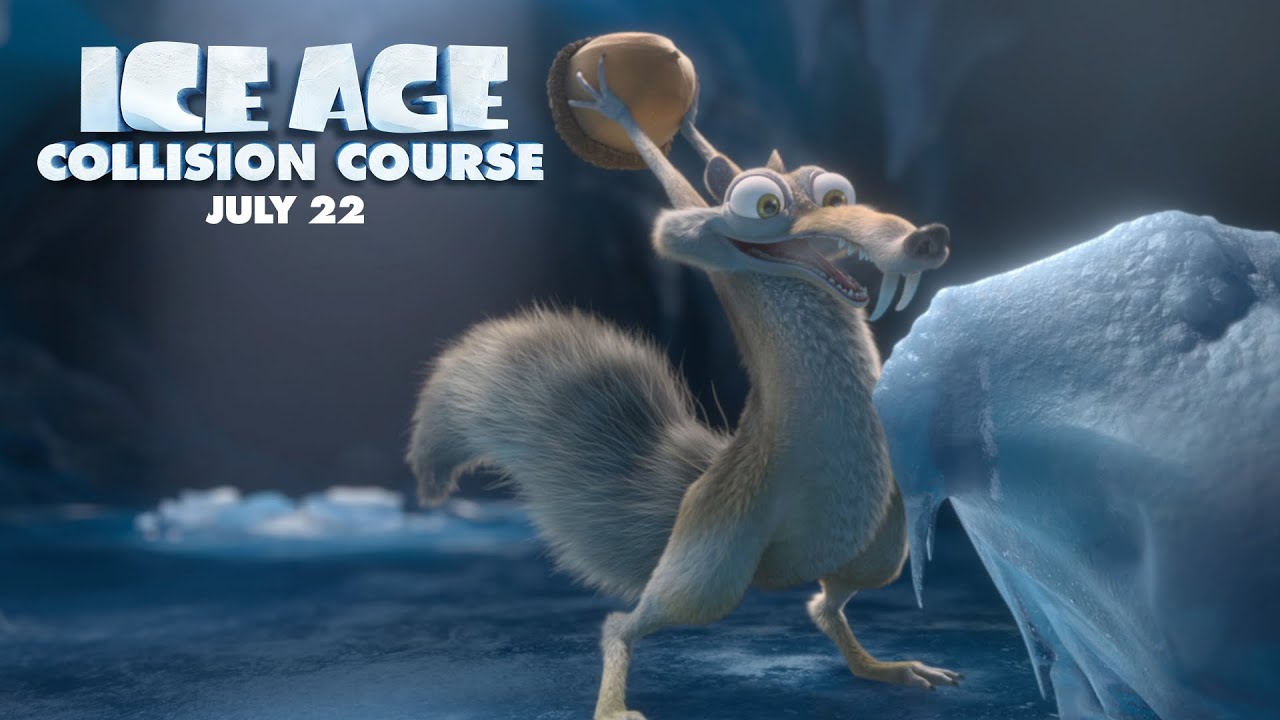 Did you think that Scrat’s quest for his acorn was over in 2012, when Ice Age : Continental Drift came out? Think twice.

Indeed, as we can see from the trailer, when its acorn turns out to be the key for a dormant spaceship, Scrat is brought the furthest away it has ever been: space.

If in the last movie it inadvertently caused the break of Pangaea and the consequent drift of the continents, this time it seems that the squirrel’s attempts to save its life and food trigger major changes in the cosmo that will most probably threatren Manny and the rest of the world.

As usual, although Scrat is always the trailers’ protagonist and one of the main source of fun in the Ice Age movies, it will not be the main character of the fifth installment of the franchise, which will focus, once again, on Manny, Diego, and Sid. The trailer looks though promising and funny.

Ice Age : Collision Course will be released on July 22, 2016 and you can watch the trailer below.