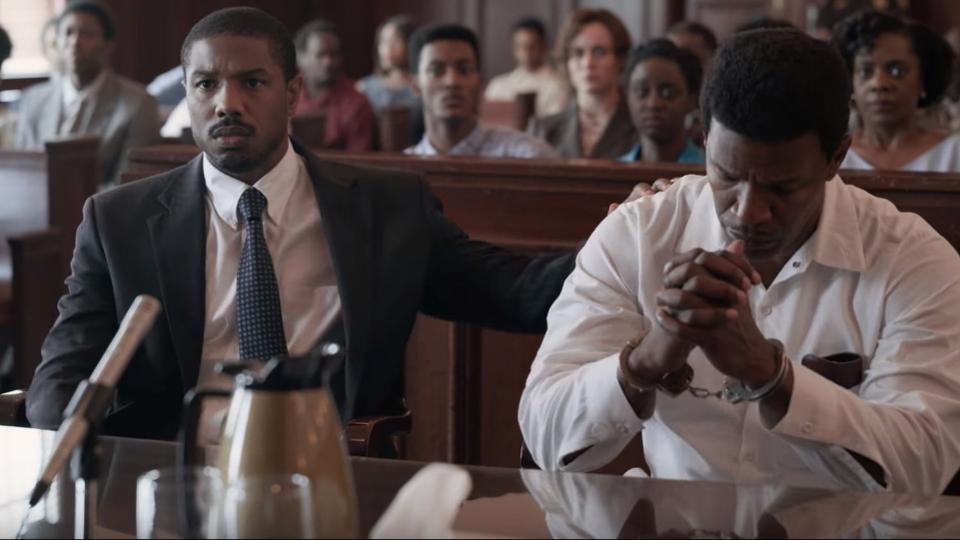 Warner Bros. has dropped the trailer for Oscar contender Just Mercy. Starring Michael B. Jordan, Jamie Foxx and Brie Larson, the film is based on the true story of a lawyer’s fight to free a wrongly-convicted man from death row in Alabama.

The drama is the latest film from Short Term 12 director Destin Daniel Cretton. Jordan’s Harvard-educated lawyer Bryan Stevenson meets his client Walter McMillian and is surprised to see someone as young as him on death row. From there the film takes a tough look at the systemic prejudice against people of colour that leads to wrongful convictions like this one.

The trailer above feels a little Oscar-baity, and with another film perhaps that would mean the film is too. But with Cretton on board and an important, timely story to tell, audiences should have confidence that this will be much more than a cheap awards-grab. Plus, Jordan’s Outlier Society banner – which has pledged to adopt inclusion riders and other progressive methods – is producing.

Cretton co-wrote the script with Andrew Lanham, which is based on the real-life Stevenson’s memoir, Just Mercy: A Story of Justice and Redemption. Alongside Jordan and two Oscar winners in Foxx and Larson, the film boasts an impressive supporting cast that includes Tim Blake Nelson, Rafe Spall, O’Shea Jackson Jr., and Rob Morgan.

Just Mercy looks like another towering performance from Jordan, and should give him every chance to join his co-stars as Oscar winners. The film hits cinemas January 10, 2020.