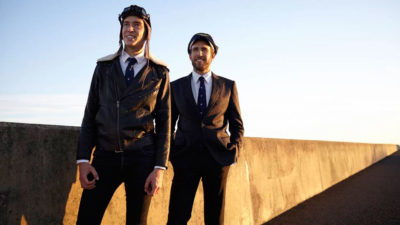 They premiered the song yesterday on Australian radio station Triple J, along with a funky video clip that features footage of a baby-faced Arnold Schwarzenegger.

Long-time fans of Flight Facilities will be reminded of their early disco inspired hits like “Crave You” and “Foreign Language“, which co-producer Hugo Gruzman told Triple J was a deliberate move.

“We wanted to get back to what we did initially and see if we could recapture some of the same feelings we had when we did it.”

The new single features NÏKA aka Olivia Nott, the younger sister of Broods frontwoman Georgia Nott, who sings on their 2017 track “Stranded“.