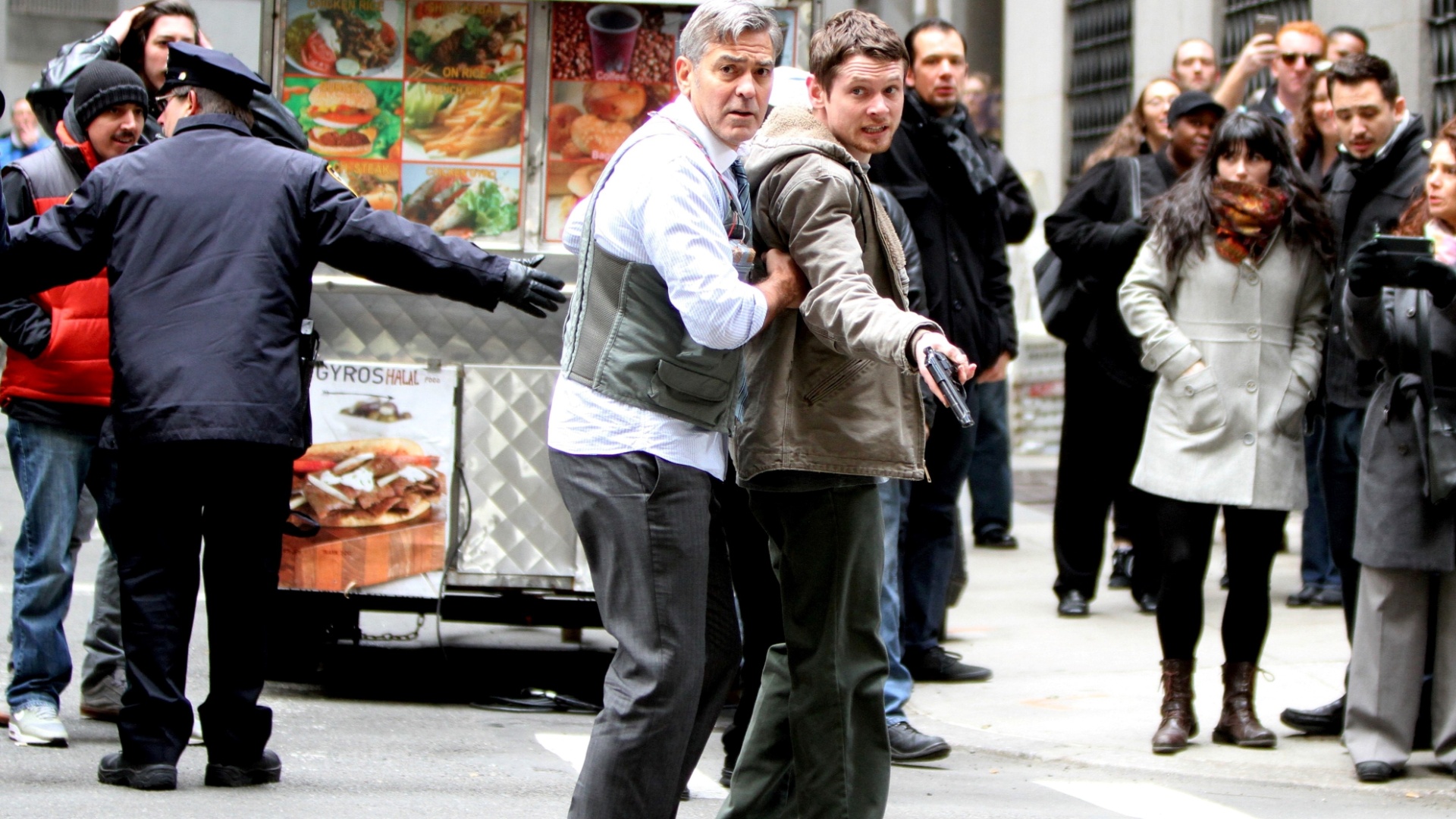 Jodie Foster is on directorial duties for this upcoming drama with a hostage twist. Foster has gathered an all star cast including George Clooney, Julia Roberts, Jack O’Connell and Dominic West

George Clooney stars as a financial TV host who offers up stock advice on hit cable TV show that is produced by Julia Roberts. This will not be just another broadcast day as Jack O’Connell‘s blue-collar working man invades the studio toting a gun and a bomb.

The trailer is guilty of the modern trend of giving too much away, but the cast alone is enough to merit the price of admission. Check out the trailer below.