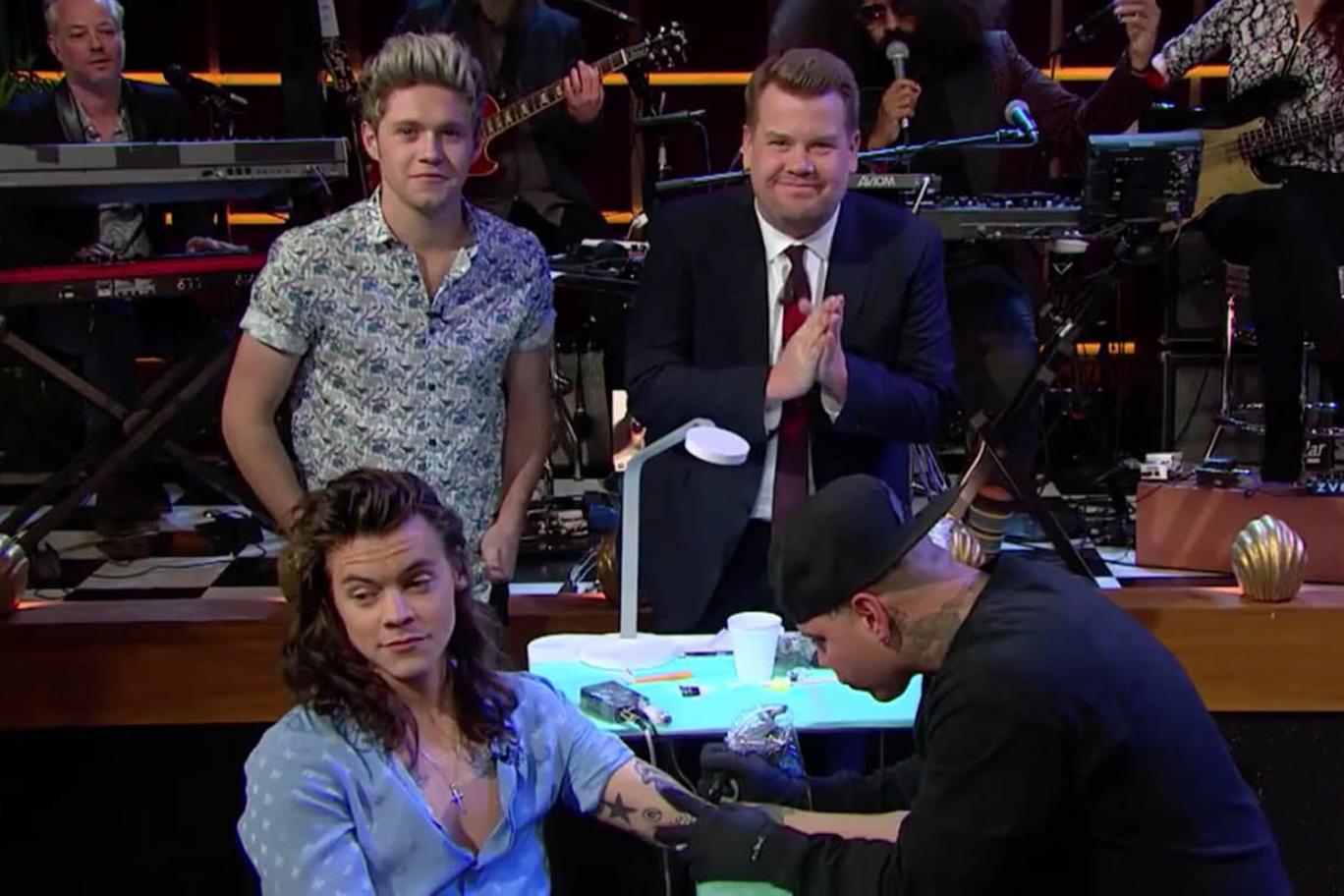 A quarter of One Direction, Harry Styles, was made to get a tattoo on James Corden‘s Late Late Show after losing at a game called Tattoo Roulette. The four band members and Corden took part in the risky game, with the loser forfeiting part of his skin for ink. There were five red boxes, four of which were safe, and one of which was not…

Each of the five contestants – Liam Payne, Louis Tomlinson, Niall Horan, James Corden and Harry Styles – had to choose a box and learn their fate. If Payne, Tomlinson, Horan or Styles lost, they were to get the words “Late, Late” tattoo’d onto them live on the show, and if it was Corden who opened the unfortunate box, he would get “1D“.

Liam opened his box first, followed by Louis and then James, all of which kept them safe, leaving just Harry and Niall. Niall was incredibly nervous given that he was the only member of the band without any tattoos, but fortunately for him, it was Harry who opened the fateful “tattoo” box. He was instantly whisked away and got the ink in front of the screaming studio audience.