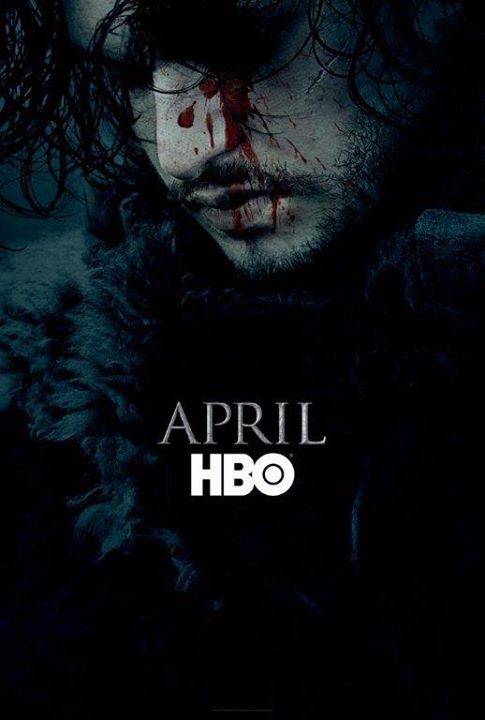 We have known for some time that the 6th season of the hugely popular Game of Thrones would arrive in April. But now HBO have announced the official premiere date as April 24 2016. In the UK this means it will be shown on Sky Atlantic on April 25 2016.

The season will consist of the standard 10 episodes as Westeros heads into winter. Season 6 is heading into uncharted territory as all the characters have moved beyond the published word. Season 5 brought the TV series roughly up to date with the books, even revealing a few unpublished developments along the way. The next book in the series The Winds of Winter was expected to be released around the same time as Season 6 but the author, George R. R. Martin has now confirmed this will not happen.

The fate of a major character, Jon Snow played by Kit Harrington, hangs in the balance. He was left for dead at the end of the 5th season but has featured in much of the promotion so fans are eager to learn what truly happened to the Lord of the Night’s Watch.

So for smug readers of the books like myself all of Season 6 will be a surprise. I look forward to reviewing it without any prior knowledge. You can remind yourself of the teaser trailer below.