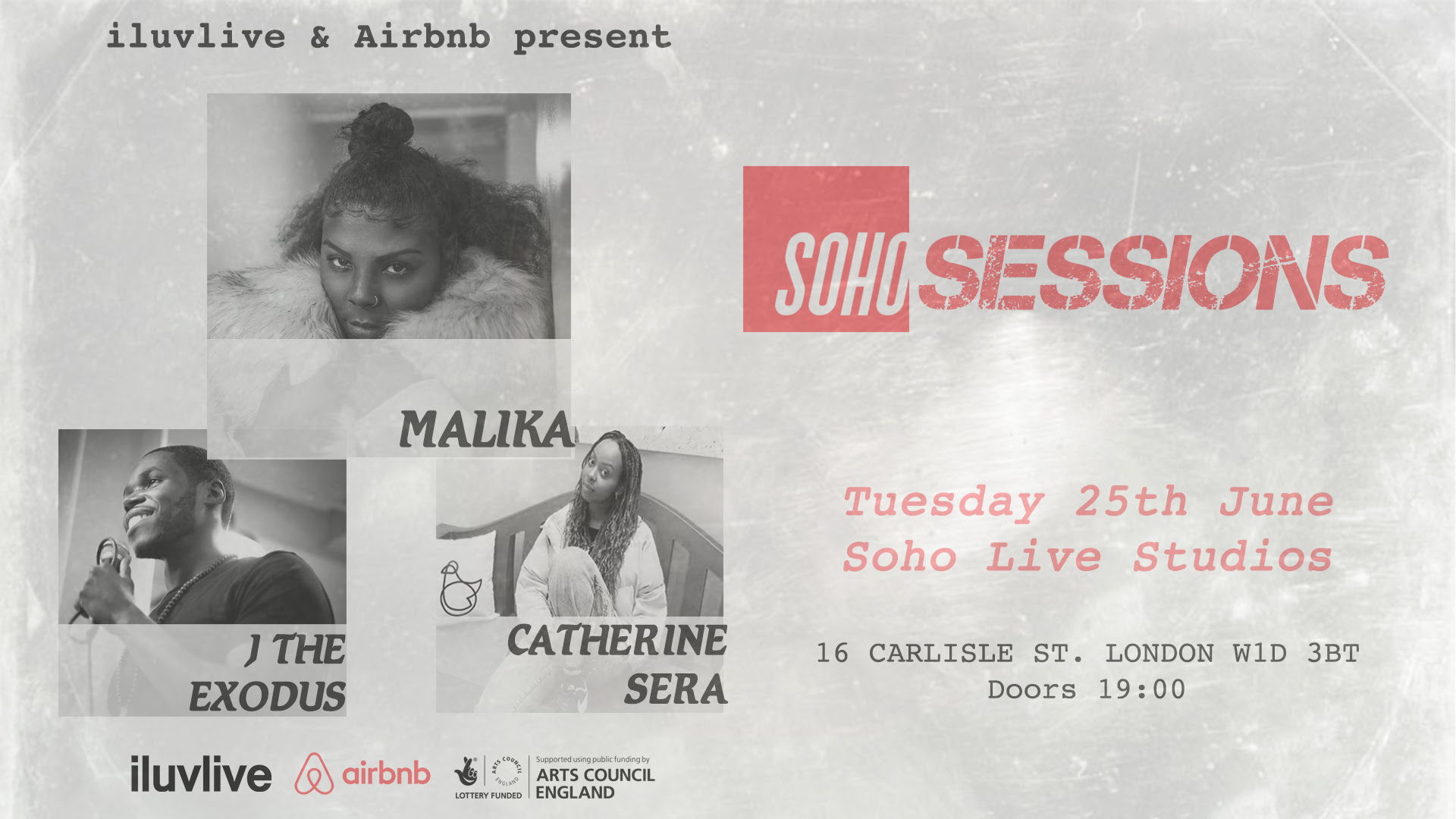 ILUVLIVE and Airbnb have come together for a new event called SOHO Sessions, which will be taking place at the Soho Live Studios in London on Tuesday, June 25. There will be stripped back performances from three fast-rising London artists, Malika, J The Exodus & Catherine Sera. If you want to see the stars of tomorrow upfront and personal, this is the place to come.

Leading the lineup is R&B/Soul singer Malika, who has written for Snakehips, Basement Jaxx, Jess Glynne, and Rita Ora to name a few, although she is probably best known for her funky house anthem with Crazy Cousinz. Set to release her new EP Tension in Summer 2019, Malika is currently touring the UK and Europe with her band.

South East London singer/rapper J The Exodus is also on the bill. He started out in music from as early as the tender age of 5, and since then, he has performed at the Queens Golden Jubilee (BBC Music Live), Wireless Festival and regularly with Sofar Sounds. More recently J was voted a top 10 finalist as part of the MOBO unsung competition and has also released 2 EPs and mixtapes, to rave reviews.

Rounding up the lineup is West London singer-songwriter Catherine Sera, who has been songwriting and gigging for over 5 years now. Growing up, her background was Kenyan gospel music and hip hop, with major influences include Szjerdene, Jon Bap, Ohbliv, Cavalier, Iman Omari, Mereba, Braxton Cook, Flying Lotus, Solange, and Devin Morrison. Catherine Will be releasing her second single with Emmavie later on this summer.

Standard tickets for SOHO Sessions can be purchased here.