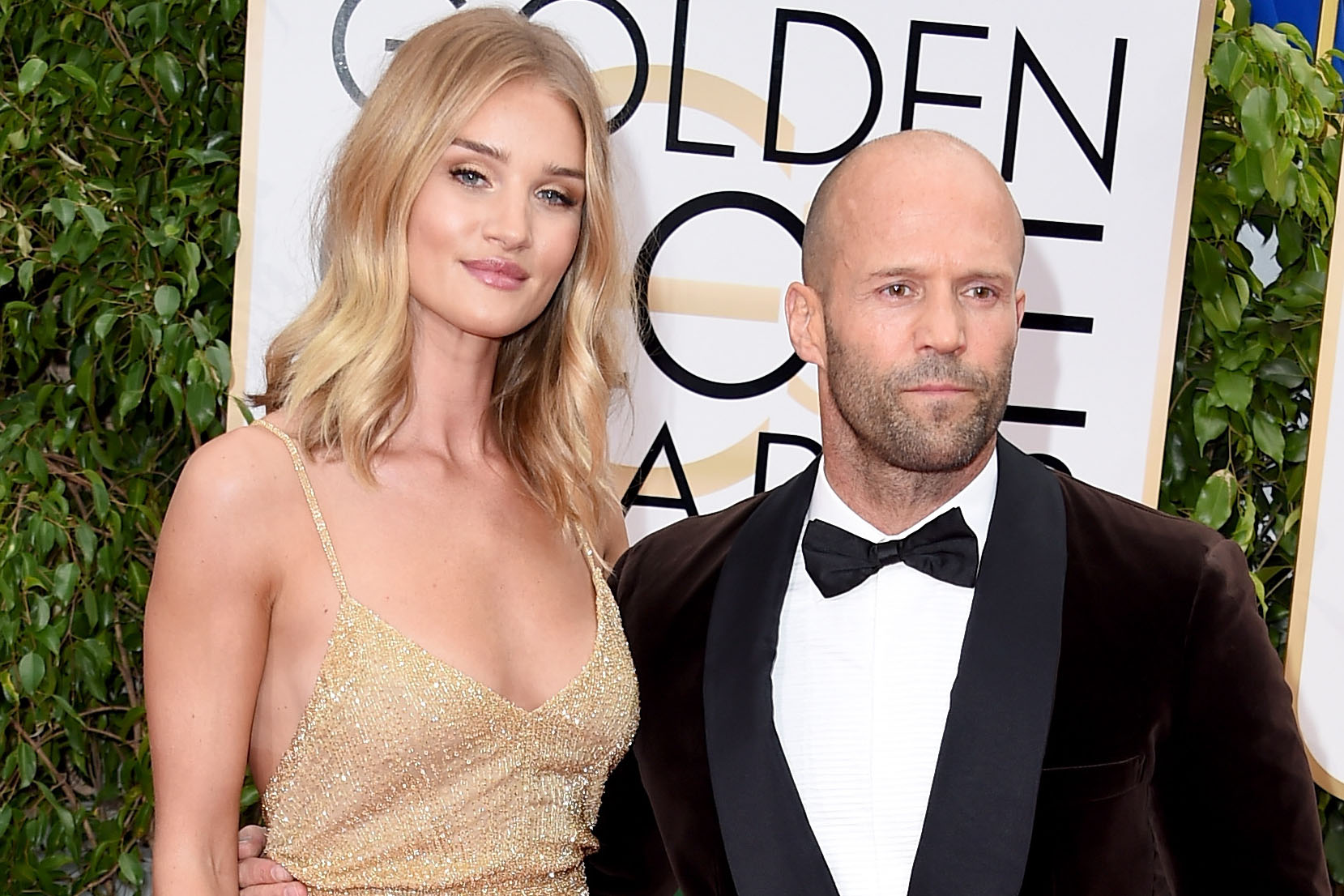 The 73rd Annual Golden Globe Awards took place last night (January 10) and the red carpet is the perfect place to show off your fashion sense and best bling-tastic jewellery; and if you’re Victoria Secret‘s model Rosie Huntington-Whiteley, you can also dazzle delighted onlookers with your whopping great big diamond engagement ring as well.

That’s right: Rosie and her action movie beau Jason Statham are now officially engaged! The good-looking couple have been together for 5 years, and have recently enjoyed a romantic trip to Thailand. Statham was hoping to pick up a Golden Globe for his espionage comedy Spy – but the film was pipped to the post by The Martian, who took the title of Best Motion Picture.