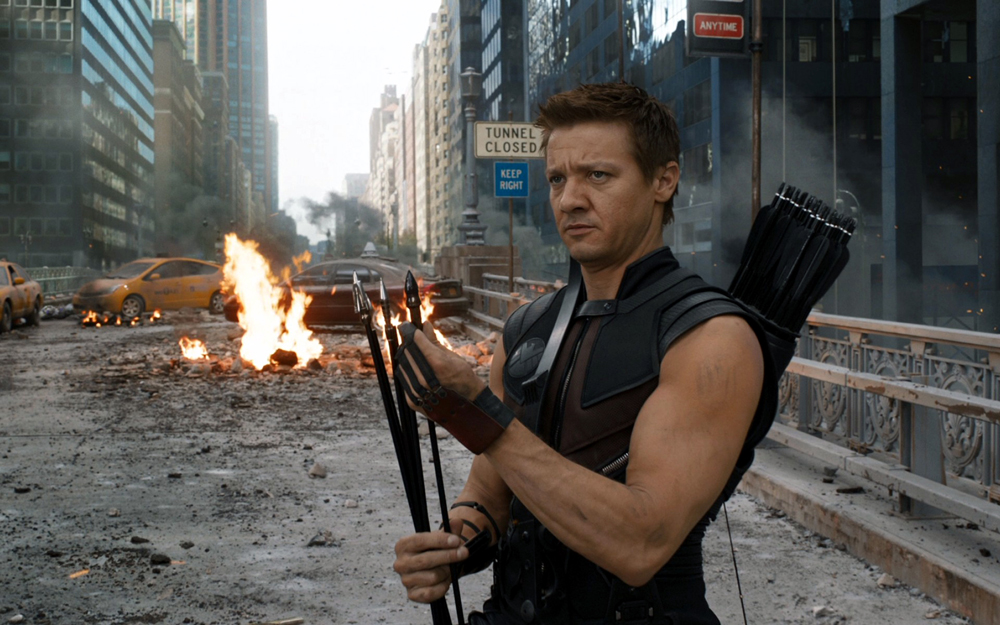 Right on the heels of Daredevil‘s second season release on Netflix, Hawkeye actor Jeremy Renner has reportedly expressed interest in bringing his arrow shooting hero onto the small screen format.

Speaking at a spotlight panel at the Silicon Valley Comic Con, the actor was asked if he would be interested in making a solo series on Netflix.

“The Netflix model is where all the character drama goes to now, you’re doing a superhero movie or a Netflix or HBO kind of model. So I’d be open to it. Not up to me, though.”

The relationship between the Netflix series of Marvel adaptations and the Disney Cinematic Universe have been quite ambiguous so far, but actors like Daredevil‘s Charlie Cox has expressed interest in crossing over with their big screen counterparts.

So far Netflix has successfully produced Daredevil and Jessica Jones, while Luke Cage and Iron Fist are still well underway. As the themes for these shows are generally both gritty and dark, it would be quite interesting to see smartmouthed Hawkeye under the same light.