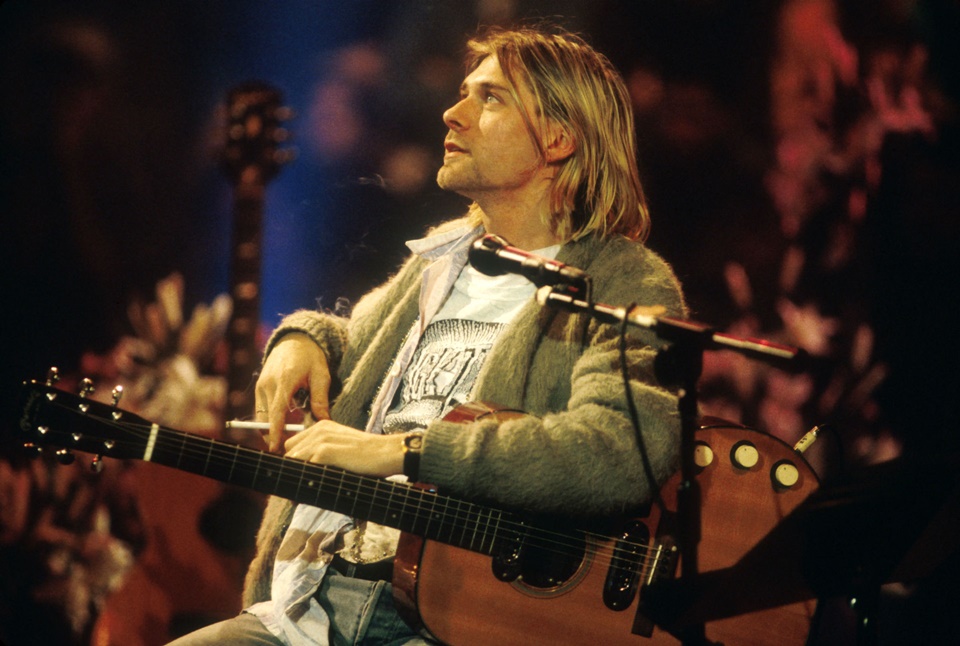 People are fascinated with celebrities’ personal possessions, as is clear with the amount of money that they sell for. In 2002, Kurt Cobain‘s private journals were published, early this year his credit card was sold for thousands, and now his green cardigan from MTV Unplugged and his hair are being auctioned off. The hair is left over from a doll that Courtney Love commissioned Dame Darcy to make for her and Cobain’s daughter, Frances. For authenticity’s sake, a note from Dame Darcy will be included with the hair that explains the story behind it.

The current bid for the “Nevermind” singer’s hair is $5,000 and $30,000 for the cardigan which is expected to rise dramatically in the next few days. To see the current state of the auction, visit Julien’s Live website here. The bidding ends on November 7. A video of Nirvana performing “The Man Who Sold The World” on MTV Unplugged in 1993 can be viewed below.