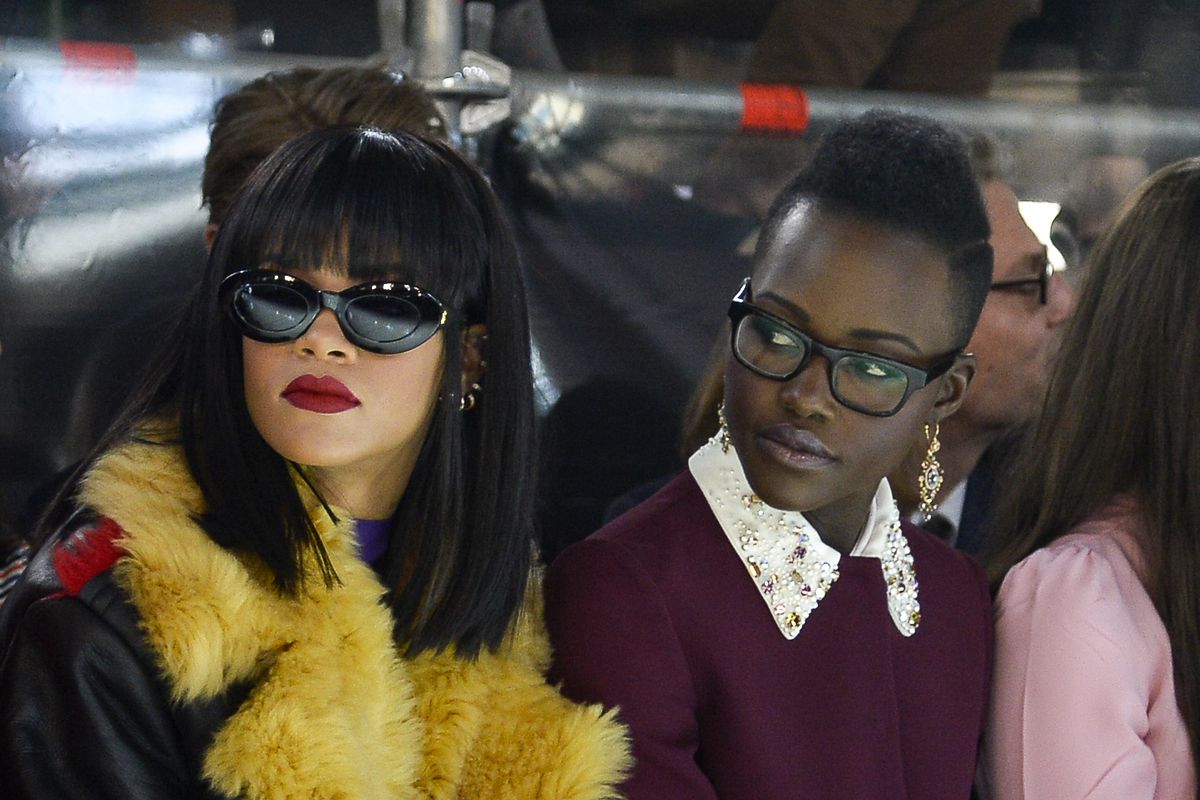 We’ve had films based on articles, award speeches and soon, even emojis, but this might be the oddest concoction of a film yet. Netflix has picked up a film at Cannes that is set to star Lupita Nyong’o and Rihanna, and be directed by Ava DuVernay.

That would normally be news anyway, but considering the idea for this film was plucked practically out of thin air by users on twitter, it’s something extra odd. It all started a month ago when this photo of Nyong’o and Rihanna went viral:

A picture for the history books pic.twitter.com/OgxAGZMn4Z

Twitter immediately saw the potential, and started concocting ideas for a hypothetical movie starring the two, while putting forward ideas as to who could round out the cast and crew, including DuVernay to direct and Issa Rae to pen the script.

Usually, this would have remained an online joke. But inexplicably, this hypothetical movie began to enter reality:

I'm down if you are @rihanna https://t.co/vwHBWeCbFZ

Now, kind of unfathomably, the film is actually going to happen. DuVernary will direct, Rae will write the script. Members of Rae’s team reached out to confirm that the project is moving ahead and that “original Twitter users who imagined the concept for this film will be credited and included in some form”.

It’s not clear how closely the film will resemble its twitter origins – one popular idea based on the original viral image was “Rihanna looks like she scams rich white men and lupita is the computer smart best friend that helps plan the scans” – but the fact that this is even happening at all is pretty great.

Production could get underway in 2018 after DuVernay completes her next project. Is this the nascent beginnings of a future world where movies are based on 140 character pitches? Well, who knows, but it’ll certainly be interesting to see how this film comes together, and if it’s a success, don’t bet against Hollywood taking that as some kind of proof that this is an idea worth looking into for future projects.