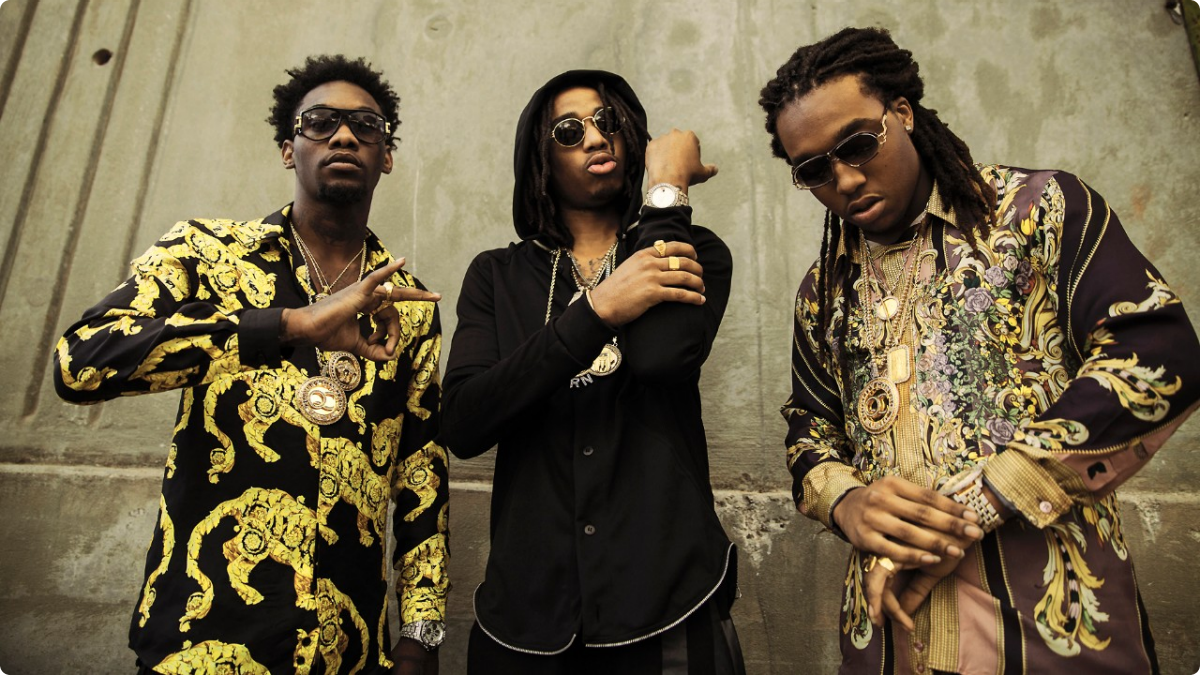 Migos revisit a project they dropped at the beginning of the year for their latest video. The Atlanta trio unveiled a video for Yung Rich Nation 2 cut “Commando”. With the slew of videos Migos have released in recent months and years, they appear to have a monstrous and industrious work ethic.

“Commando” kicks off very dramatic, strings and operatic harmonies aplenty. The subsequent piano goes from triumphant to intimidating and down in the dumps very quickly. The flow is, generally, fast and unrelenting. The subject matter does not really touch upon anything new for the genre, though.

The video for the track is slightly more curious that you would expect, however. Cinematic and very big budget looking, it deviates slightly from your typical gangsta rap video. Although it starts as a stakeout, the actress playing the news network reporter reveals Migos have actually kidnapped rap groups that have plagiarized their style.

The latter seems to hark back to the fresher days of the genre, when wordsmiths took pride in their craft and were insulted when others used recycled rhymes, unoriginal styles and the like.