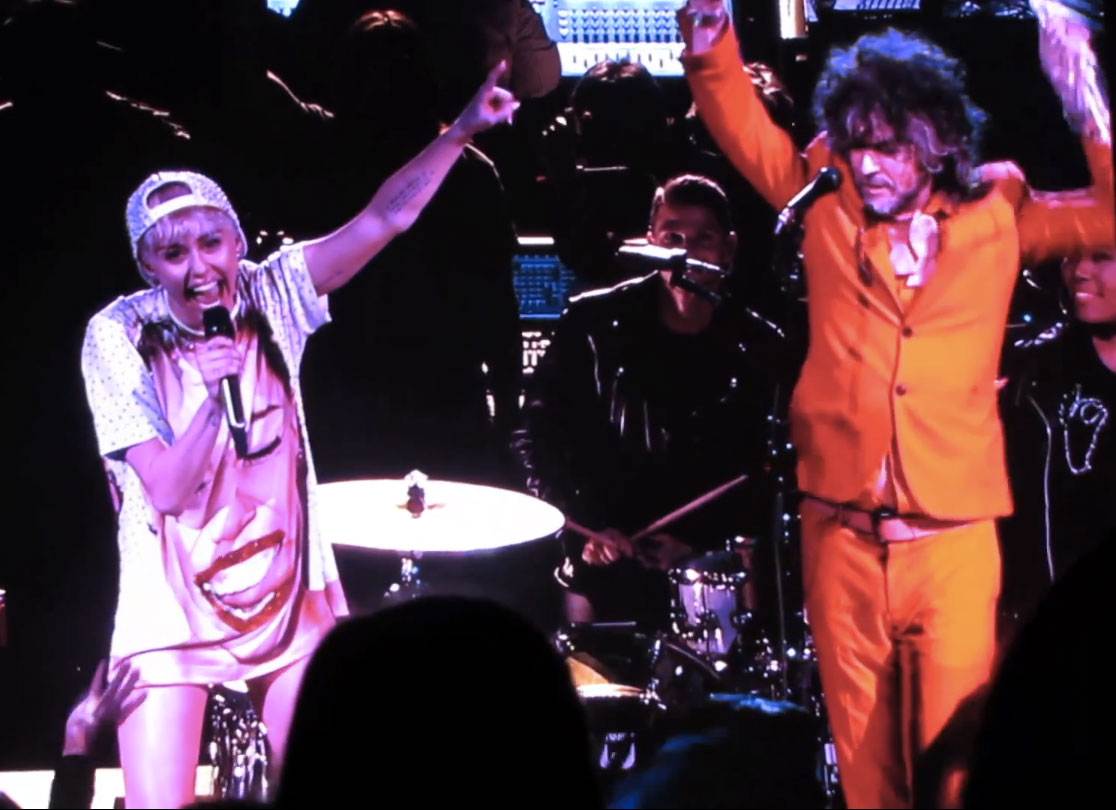 Music’s odd couple, The Flaming Lips and Miley Cyrus have collaborated again to release “My Sad Christmas Song”. The former Hannah Montana star worked with Wayne Coyne’s band among others on her 2015 album Miley Cyrus and Her Dead Petz, and their Christmas track has been shared on Soundcloud.

On top of this, Lips’ lead singer Wayne Coyne shared some clips of the creative process on his Instagram account. Both artists have stirred up a fair bit of controversy over the past year, announcing in October that she planned to perform an entire show naked. The track can be listened to on Soundcloud below.