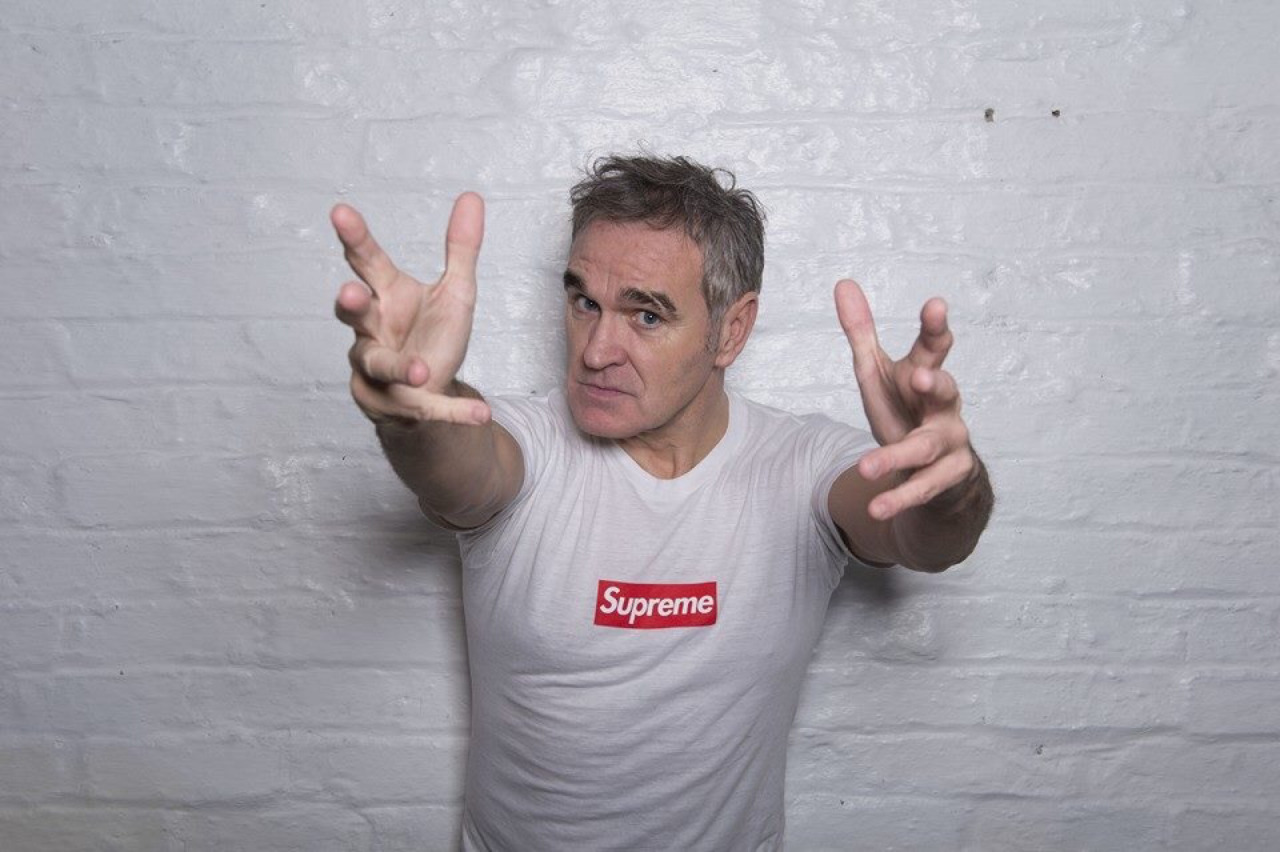 The singer, most known for fronting The Smiths has issued a statement concerning his recent SS16 shoot for street fashion brand Supreme. The pictures, shot by regular Supreme photographer Terry Richardson, shows the British singer wearing the brands white t-shirt with its iconic red logo. However this collaboration has certainly resulted in regret for the famous ‘Meat Is Murder’ singer, as he has issued a statement, apologising for his involvement in the pictures. He writes:

“I apologize enormously for the enfeebled photograph of me issued this week by Supreme. The shot was taken in October 2015. I considered the photograph to be fit only for a medical encyclopedia and I pleaded with Supreme not to use it. This was before I learned that Supreme were sponsored in part by the beef sandwich pharaoh known as White Castle.

Supreme were issued with a legal caution not to use the photograph and their fee would be returned. Evidently Supreme have ignored my lawyer. No safety within the corridors of law. Ugh. I offer excessive apologies for this association. Shame is indeed the name“.

“After offering Morrissey several options of images from the shoot, Morrissey rejected them all with no explanation. Instead, Morrissey insisted on using a photo that he had taken of himself wearing a Supreme T-shirt for the campaign. This image was later made public on Instagram by his nephew. Unable to use this image Supreme repeatedly offered Morrissey three very reasonable options as a remedy to the impasse:

1) To do an entire re-shoot at Supreme’s sole expense, 2) To select one of the many options from the shoot with Terry Richardson that were offered to Morrissey, 3) To return the money that was paid to Morrissey by Supreme. Morrissey repeatedly ignored all three options with no reason given as to why.

He then proceeded to assert a sudden and ridiculous claim that because Supreme had used the White Castle logo on a group of products in the past, and because he is a known vegetarian, that the agreement was supposedly terminated.

In light of this ploy, Supreme once again requested the return of the money it had paid to Morrissey so that both parties could walk away from the project. However, he refused. After many attempts to solve this problem, and left with no other viable options, Supreme proceeded to publish these images as per it’s agreement with Morrissey“.

While the singer has yet to respond, it will be interesting to see if an agreement will be eventually reached.