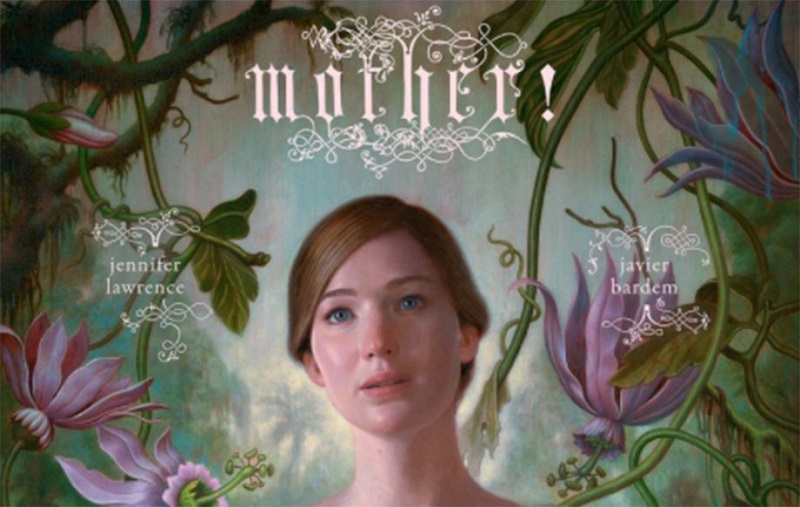 The art-house horror film Mother! has quickly become a love it or hate it film and sees celebrated filmmaker Darren Aronofsky uniting with starlet Jennifer Lawrence.

In a country house lives the Poet, (Javier Barden) suffering from writer’s block, and his young wife (Jennifer Lawrence) rebuilding the home after a devastating fire. Their world is rocked when a doctor (Ed Harris) comes to their front door and the Poet invites the man and his wife (Michelle Pfeiffer) to stay – much to his wife, Mother’s, annoyance. Soon Mother’s domestic bliss is shattered when more people show up to the house to worship the Poet.

Mother! was written and directed by Aronofsky – a filmmaker who is known for making divisive films: his credits include Requiem for a Dream, The Fountain, Black Swan and Noah. Mother! follows in the footsteps of The Fountain and Noah – regarding critical and audience reaction. 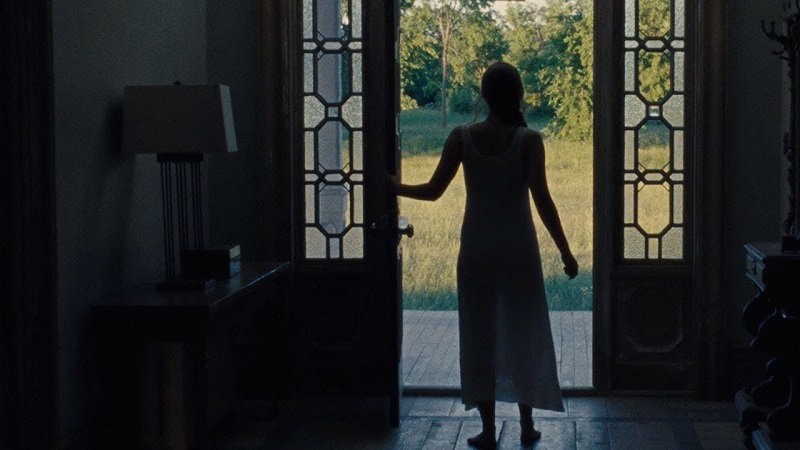 Compared to Aronofsky’s previous work Mother! is a combination of Noah and Black Swan. Mother! has the religious themes of Noah and the basic story of Black Swan – showing a woman getting pushed to the edge and her own sense of reality being questioned.

Aronofsky also seems to be repeating the same strategy after what happened to The Fountain. The Fountain and Noah were big budget, ambitious films that didn’t connect with audiences, so Aronofsky followed them up with smaller scale films: in The Fountain‘s case it was The Wrestler and of course Noah was followed by Mother!. However, The Wrestler was Aronofsky’s most mainstream film, but with Mother! Aronofsky is unrestricted.

Mother! has been discussed as a modern retelling of the Book of Genesis and after watching the film a viewer could see some of the parallels. The man and woman have been seen as Adam and Eve and through that lens audiences can see items and events connect to the Old Testament: the poet’s study is the Garden of Eden, the crystal is the Tree of Knowledge and the man and woman’s sons are Cain and Abel. But this is a case that these connections were seen after watching the film, not during. 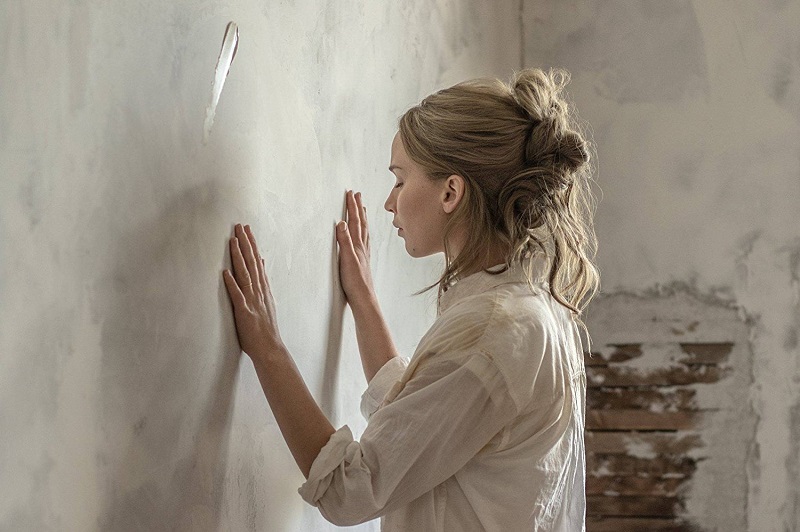 A more obvious parallel is a dark satire of Christianity that comes at the end. It was a shocking yet daring moment and the reason why Mother! has an 18 rating in the UK.

The more overtly religious and political themes come halfway through the film when people come to the house and start to worship the poet giving him an ego boost. It acts as a condemnation of religious fundamentalism and the cult of personality of figures from the left and right.

Like the supporters of Trump, the Poet’s followers hang on his every word whilst he preaches an Anarchic-Socialist philosophy that his whole home is everyone. The Poet’s followers interpret this in such a way that leads them to destroy the house as it was, much to Mother’s dismay. The poet turns the revolution into one of violence and chaos, much like many revolutions in history, only on a smaller scale.

Mother!’s story is thin and even at a runtime of two hours, it’s too long. A good 15 to 30 minutes could have been cut. The scenes involving the Poet and Mother were not compelling as they should have been and the film repeats the same incident in which outsiders come into the home and Mother pleads with them to stop which they in turn ignore. This scene only needed to be done once.

Although Mother! has writing issues there’s no denying that Aronofsky is a master filmmaker. His talent is evident throughout and in reteaming with cinematographer Matthew Libatique, together they make a tight, claustrophobic film that follows Mother throughout: there is no scene without her presence, something the Chan Park-Wook film Stoker did for its early portion. There is a lot of steady cam shots (which I am a sucker for) following Mother around the house, from her waking up and looking for her husband to showing her house turning into a war zone. 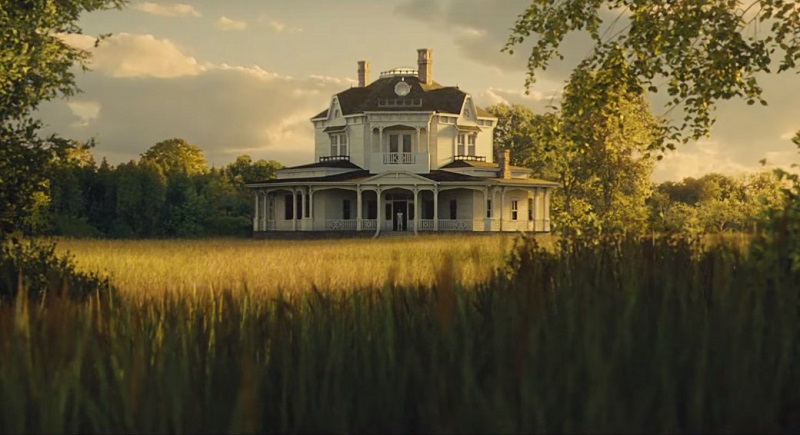 One of the most unique decisions in the film is when Mother reads the Poet’s Magnum Opus, the poem that will change the world. The words are never uttered and Aronofsky portrays it as a fantasy sequence where life is brought to the world. It was the best way to show the poem because there is no way that whatever was written by the screenwriter could have matched such grand expectations.

The film is at its most visceral when the house turns into a rioting city. People are shot, locked up in makeshift cages and rioters battle riot police. It’s like the mini-version of Children of Men, particularly the war scenes. The cultist elements also bear some similarities to the third act of another divisive film, Ben Wheatley’s Kill List.

Mother! has an undeniably talented cast and Jennifer Lawrence had to carry the film. It was a tough role and she pulls it off well. There is a big age difference between Lawrence and her on-screen husband but the film does acknowledge it: Ed Harris’ character says she is young enough to be his daughter. 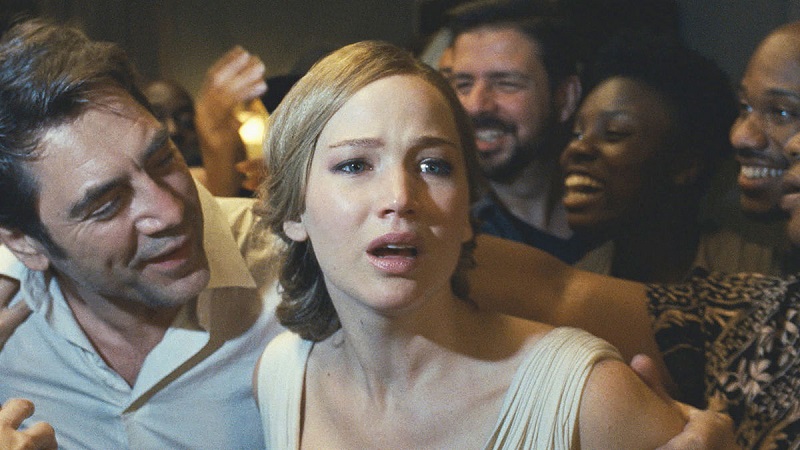 Even the actors playing minor characters give valuable performances through their influential lingering looks they give Mother as she tells them to stop destroying her house and having sex in the personal rooms.

Mother! deserves its reputation as a divisive film but it will become a cult classic because of it and film students and academics will be debating the meaning of Mother! for years to come. Compared to Aronofsky’s other films Mother! doesn’t match the heights of Requiem for a Dream and Black Swan but his fans will find plenty to enjoy.