The teases for the upcoming season of popular hero series Daredevil just keeps on dropping, as Netflix finally gives us a full view of the Punisher’s costume.

So far it appears to be quite reminiscent to the modernized iteration of the comic version, featuring a painted on white skull on top of a suit of Kevlar. This in itself appears similar to the one that appeared in 2008’s Punisher: Warzone, which starred Ray Stevenson as the titular character.

Appearing alongside him is of course Daredevil himself, who is seemingly sporting the redesigned version of the suit he wore during season one. Finally, we also get a glimpse of Elodie Young’s Elektra, whose costume significantly deviates from the original, in favor of a more “ninja” like design.

The season is set to premiere on Netflix on Friday, March 18; And will once again feature Elden Henson and Deborah Ann Woll as Foggy Nelson and Karen Page. 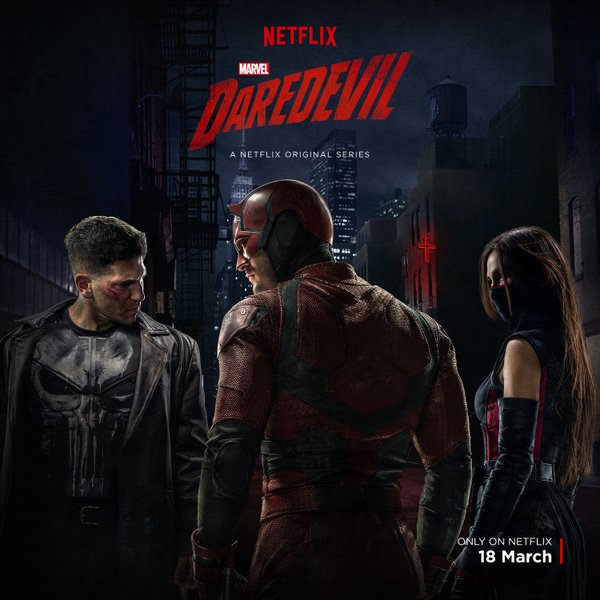