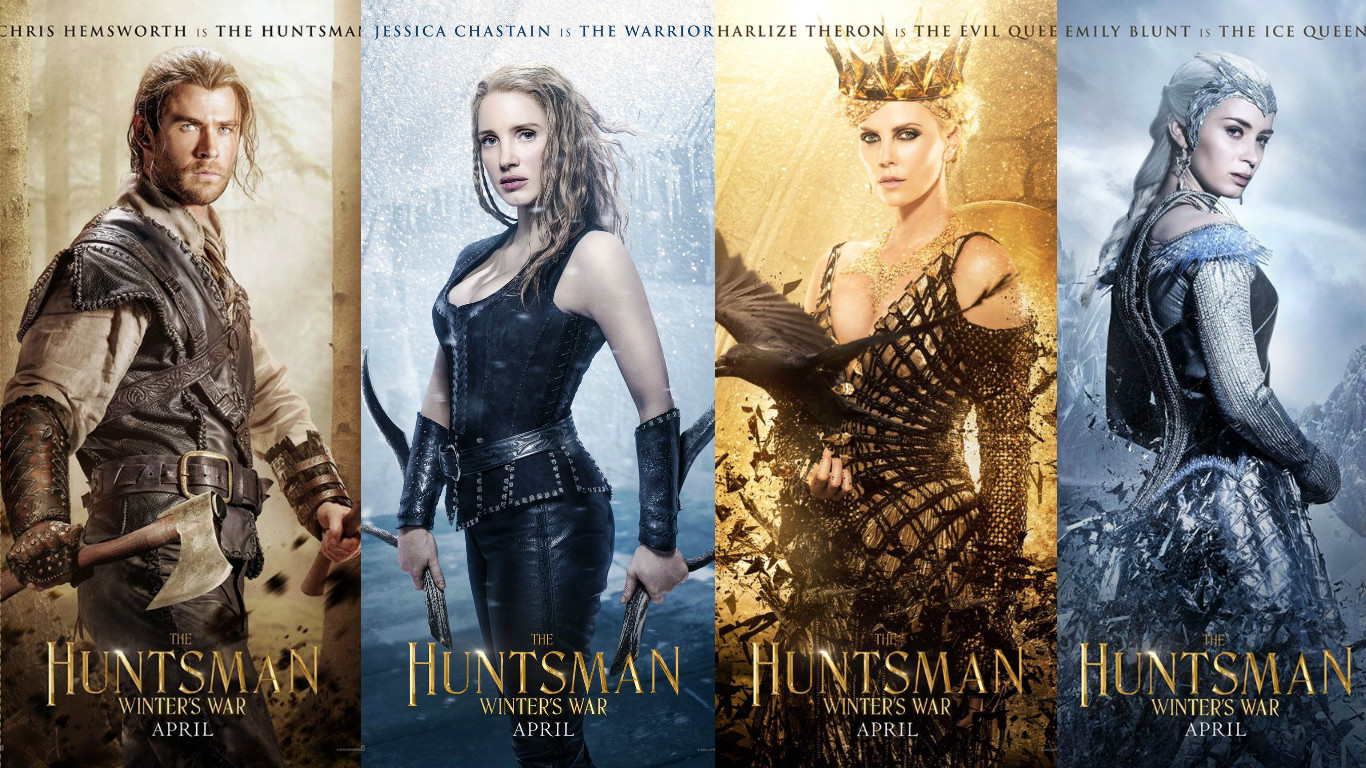 The Huntsman: Winter’s War is a peculiar film, while it is the advertised sequel to Snow White and the Huntsman – a film largely overshadowed by Kristen Stewart’s highly publicized infidelity – it bares little resemblance to its original.

Yes, it is set in the same frigid faraway kingdom, with Charlize Theron and Chris Hemsworth reprising roles they perfectly embodied in the original but the vibe of the film differs greatly from its predecessor. In the newly released trailer we see Theron’s frightening Ravenna go head to head with an angry and icy-cold Emily Blunt.

We also see Jessica Chastain’s warrior proving that she is more than capable of holding her own alongside Hemsworth’s huntsman. Much of the trailer revolves around these three ladies, with Hemsworth caught in the middle of it. Theron, Blunt and Chastain are the real badasses and true stars of this trailer, and after watching I realized that this might be 2016’s first female-driven blockbuster.

The film, directed by Cedric Nicolas-Troyan, is set for an April 8 release – meaning that it will coincide with more male-dominated blockbusters. Making it a much needed and welcome breeze of oestrogen. 2015 was a fantastic year for female-driven blockbusters with the smash hits of Star Wars: The Force Awakens and Mad Max: Fury Road. Can 2016 top that? I sure hope so.