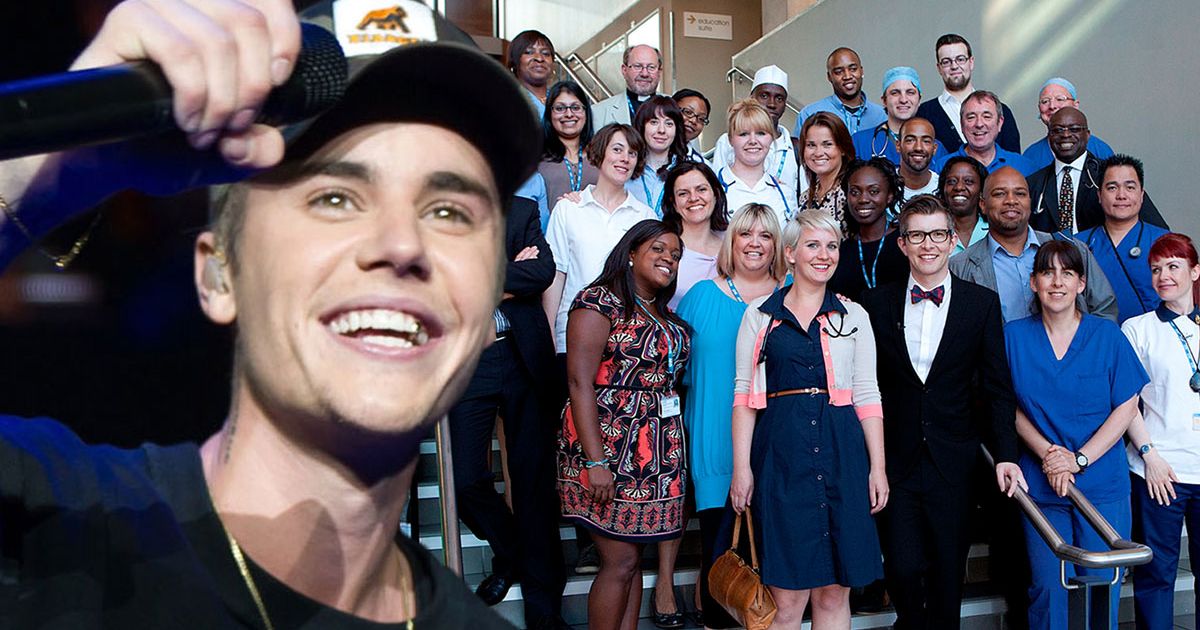 The NHS Choir have triumphed in the race for this year’s Christmas number 1, with their charity single “A Bridge Over You”. The single sold 127,000 copies – 30,000 more copies than Justin Bieber‘s runner up “Love Yourself”. Earlier this week, it looked like Bieber would secure the #1 spot, as his song was ahead in the race, but then big-hearted Bieber took to Twitter, telling his 71.9 million followers to buy the NHS Choir’s single instead of his, because it’s raising money for a deserving cause.

Bieber hasn’t done too badly in the UK Christmas charts, however. In fact, he currently has three Top 5 singles: as well as “Love Yourself'” at #2, Bieber has bagged the #3 slot with “Sorry” and also charted at #5 with “What Do You Mean?” just one place behind Adele’s “Hello”.

London rapper Stormzy maintains his top 10 status with “Shut Up” falling one spot to #9, while Louisa Johnson, the new champ of 2015’s X Factor, slipped to #12, and was beaten by Mariah Carey‘s classic “All I Want For Christmas Is You” which ended up at #11 after its re-release.