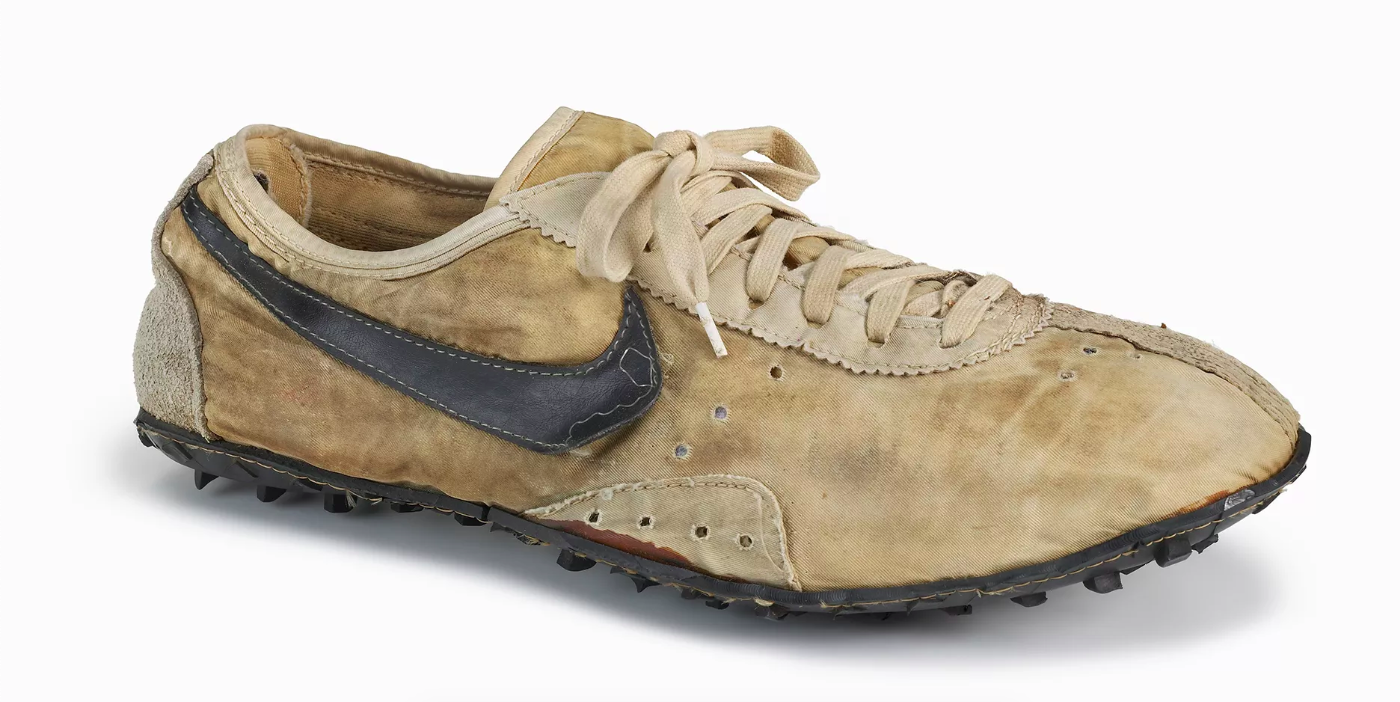 A rare pair of Nike ‘Moon Shoes‘ have sold for $437,500 at a public auction, breaking the world record for a pair of running shoes.

Designed by Nike co-founder and track coach Bill Bowerman for runners at the 1972 Olympics trials, they were one of the first pairs of Nike shoes ever created.

The shoes were the top lot at the first-ever auction dedicated to sneakers which took place at Sotheby’s auction house in New York last Tuesday.

The buyer was Canadian investor and car collector Miles Nadal, who paid $850,000 for 99 other pairs of rare or limited collection sneakers offered by Sotheby’s.

The handmade ‘Moon Shoe’ has a waffle sole pattern and was one of only 12 pairs ever made.

The pair that were auctioned are the only ones known to exist in an unworn condition, according to Sotheby’s.

Nadal, founder of investment firm Peerage Capital, was thrilled with his purchase, calling the Moon Shoe a “true historical artefact in sports history and pop culture”.

“I think sneaker culture and collecting is on the verge of a breakout moment”, he added.

He plans to display them at his private automobile museum in Toronto alongside the other 99 pairs he acquired in a private sale last week.

“We are eager to see where this sale takes us, not only in future sneaker offerings, but also in other new luxury lifestyle areas”, he said.