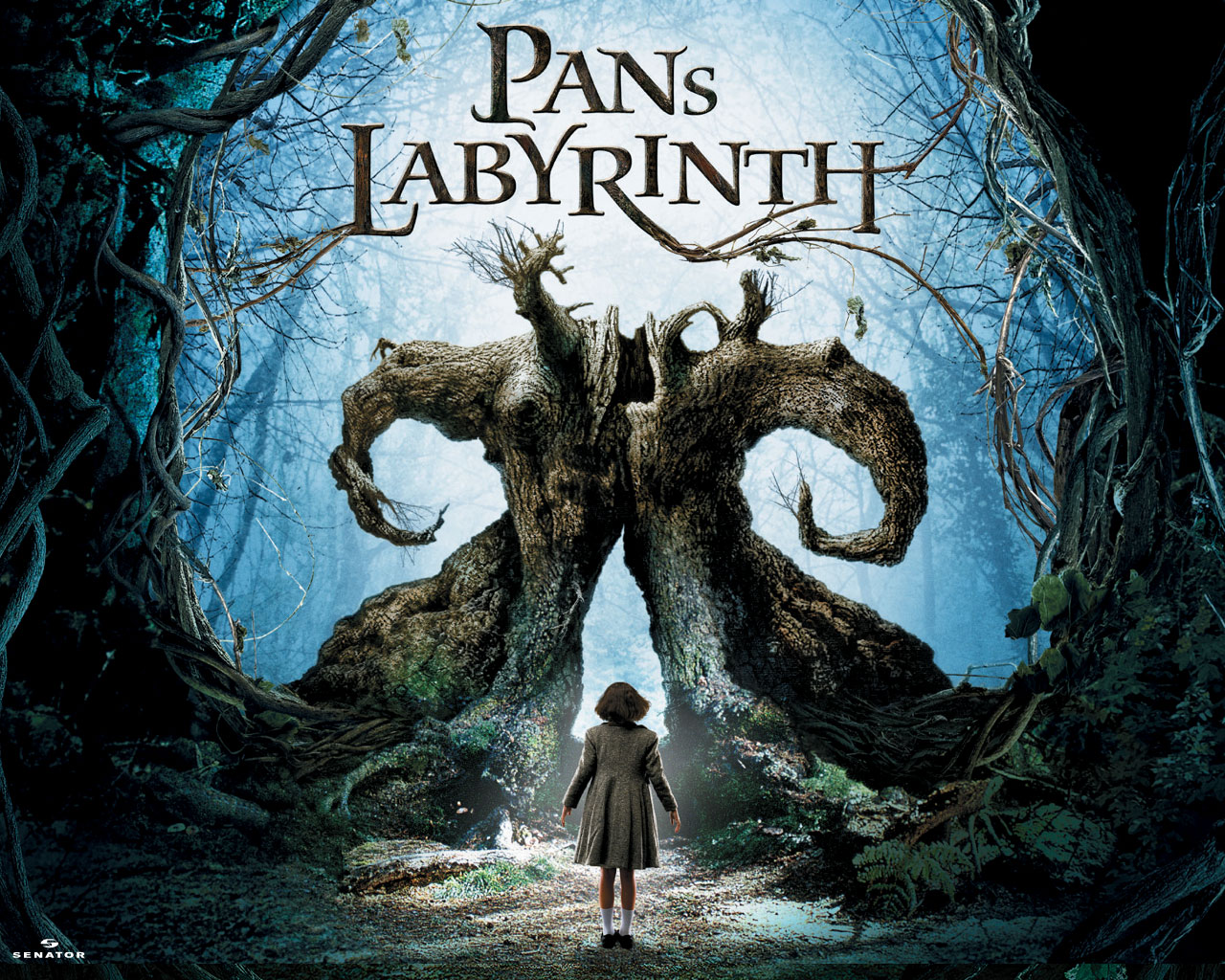 With news of Guillermo del Toro’s production company creating the Fallout 4 trailer, the collapse of Silent Hills, and the subsequent news of a countdown clock appearing on Bethesda Softwork’s website (as of writing this sentence there are nineteen and a half hours left), I think it’s appropriate to talk about del Toro’s 2006 film Pan’s Labyrinth.

Set in 1944 in post-civil war Spain, Ofelia (Ivana Baquero) travels with her pregnant mother, Carmen, (Ariadna Gil) to a military outpost to live with her mother’s new husband Captain Vidal (Sergi López). He is a violent and sadistic man however. To find escape, Ofelia immerses herself in fairy stories, only to find that they may be true after all.

Ofelia has similarities to Ophelia in Shakespeare’s Hamlet, in which this Ophelia, driven mad from the death of her father, climbs into a willow tree and drowns when she falls from a snapped branch. Flowers also play an important role with both characters, Ofelia talks of a flower that can give eternal life to the one brave enough to brave its thorns and pluck it. Whilst Ophelia talks of Rue, an herb of regret and one known for its abortive properties. This coincides with Ofelia’s worries for her unborn brother, that he might harm her mother; that he might become his father.

The faun (Doug Jones) that appears to Ofelia could have been just a whimsical one-dimensional character that is so prevalent in children’s fantasy films. This is not a children’s film however. I couldn’t make heads nor tails of him, about why he wanted to help Ofelia. He is in many ways similar to Captain Vidal, in that it is made clear in the film the theme of fascism, of taking orders from your betters without question.

The faun wants Ofelia to follow his orders so she can be a princess in a magical kingdom, while the Captain imposes his will over others because he is a fascist. He believes some people are just better than others. It should be clear to a non-sociopath that both world views are equivalently childish. Unquestionably powerful and tragic, this film blends the line between fantasy and reality; between the games and toys of children, and the guns and war of adults. Pan’s Labyrinth is available on DVD and Blu-Ray.