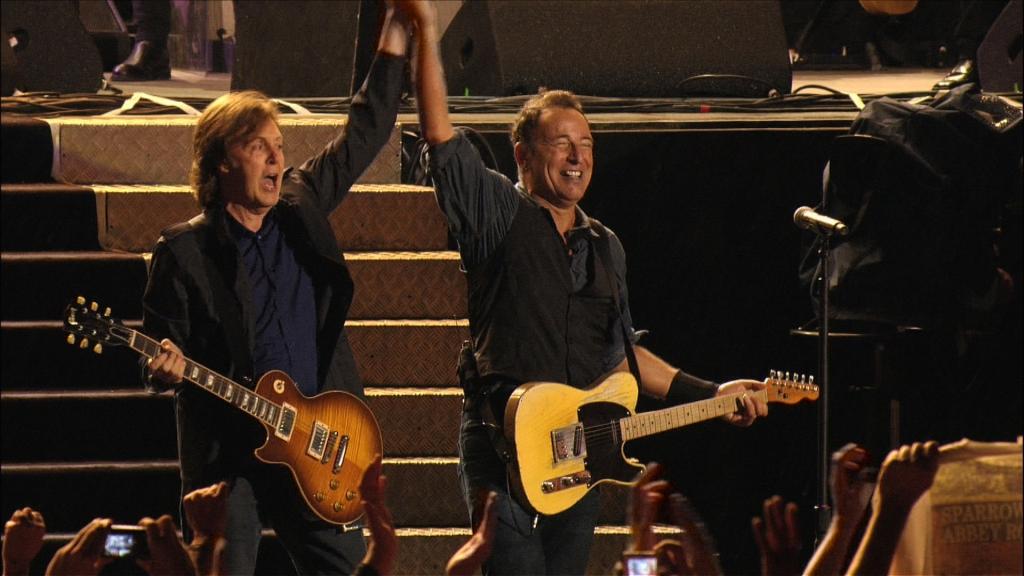 Initially, the stage was just Springsteen’s, but then the audience was given a pleasant surprise when Paul McCartney joined him and both musicians performed “Santa Claus Is Coming To Town” together on live television. Watch the enchanting performance below: