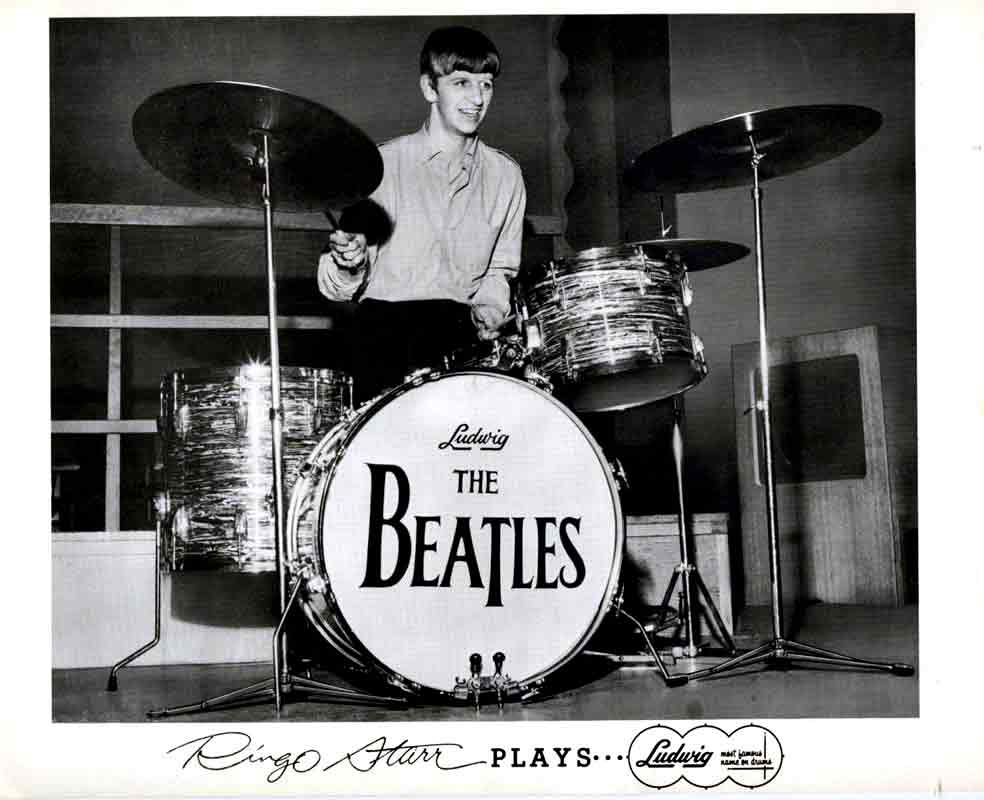 Ringo Starr‘s famous 1963 Ludwig Oyster Black Pearl drum kit has sold for a staggering $2.2m at auction in California. The lucky new proprietor – Indianapolis Colts owner Jim Irsay. Irsay bought the three piece kit on Friday in the Beverly Hills auction, with Starr and his wife Barbara Bach putting more than 800 of their possessions up for sale.

Irsay already owns guitars that belonged to Paul McCartney, George Harrison and John Lennon, and told the Associated Press in a text message, “Finally, after 45 years, the Beatles are together again“. The Beatles aren’t the only source of his musical collectibles though, also owning guitars used by Bob Dylan, Jerry Garcia and Eric Clapton to name a few.