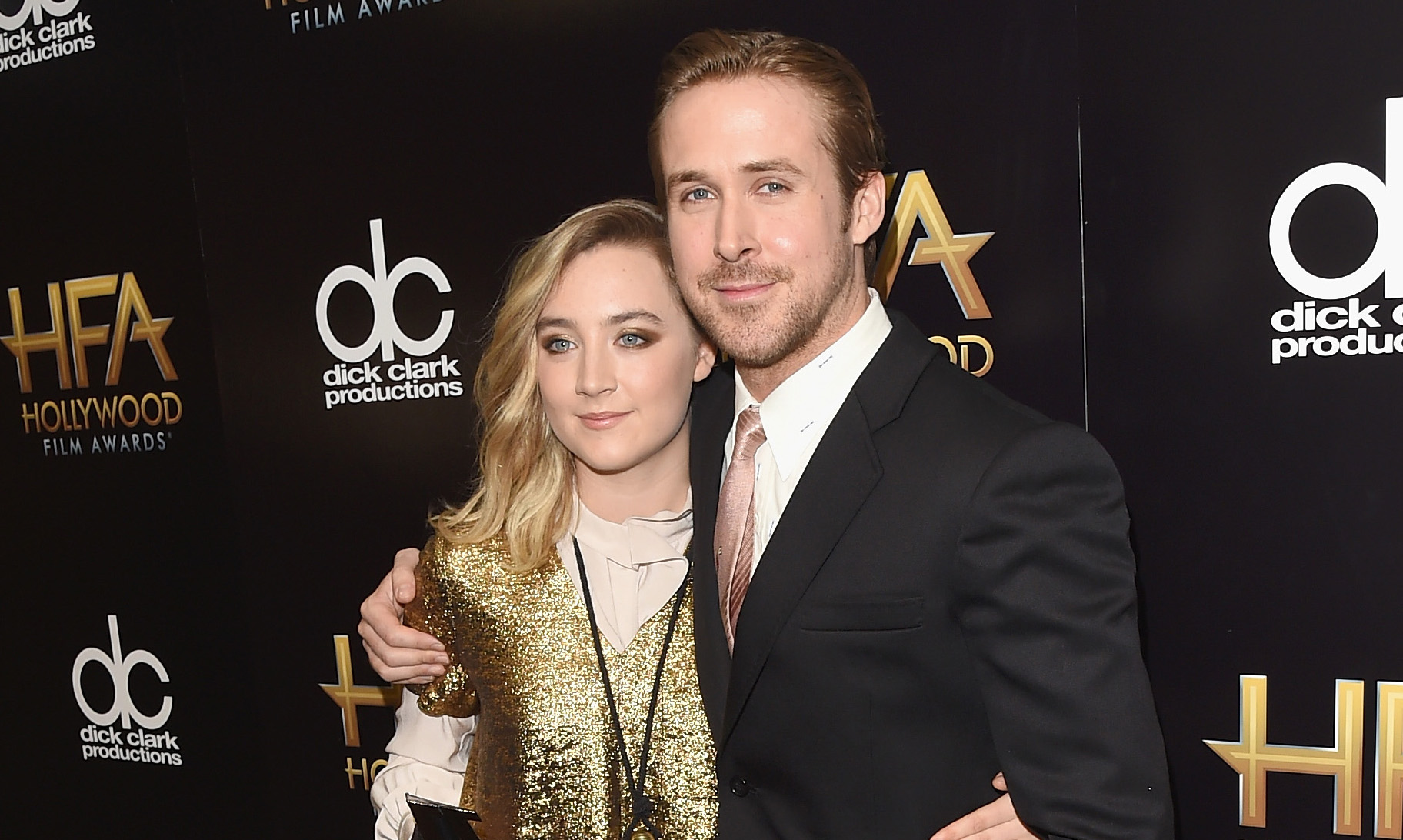 The lovely Saoirse Ronan has confirmed what we’ve always suspected and hoped to be true; Ryan Gosling is a magical being. At the 2016 Palm Springs International Film Festival Gala on Saturday (January 2), the Irish actress applauded the “power of” Gosling. Chatting with People, Ronan praised Gosling for teaching people how to accurately pronounce her name.

While presenting Ronan with the New Hollywood Award at the Hollywood Film Awards in November, Gosling told the audience, “It’s Ser-sha, like inertia”. After that, people started pronouncing her name properly – okay not everyone. Some people have yet to take Gosling’s class, I’m looking at you, Dennis Quaid.

“Someone sent me a photo two weeks later of a cinema in Minnesota, and on the sign in the front it said “Brooklyn” and then underneath it said, ‘Ser-sha, Like Inertia,”‘ Ronan told People. “I couldn’t believe it! They actually put it on the front of the cinema, so the power of Ryan Gosling is stronger than anything else”. All hail, Gosling.

The admiration is mutual as one would expect, while presenting Ronan with the New Hollywood Award Gosling sang the praises of Ronan, calling her one of his favourite actresses and humans. “He’s like, Jesus or something, like a blond Canadian Jesus,” Ronan added. So, can these two star in a film soon? Sure, Gosling directed Ronan in Lost River but I want to see them on the screen together. The respect and admiration is there, and I’m sure they’ve got the chemistry to match.