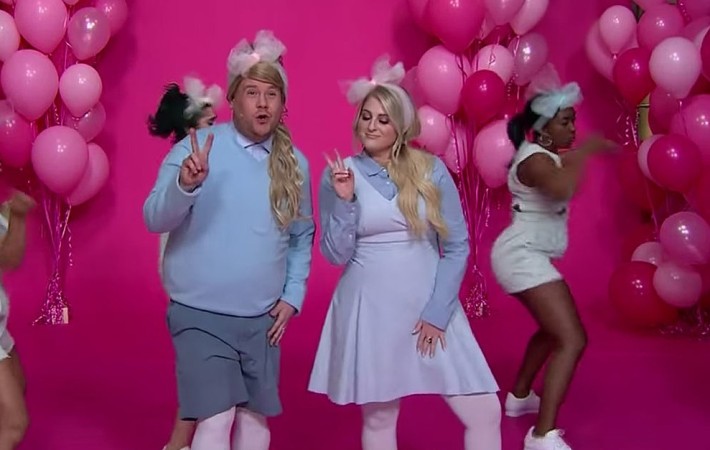 Meghan Trainor appeared on The Late Late Show With James Corden to perform a hilarious skit with the TV host; funny part, they both wore blonde hair and bows!   Corden was dressed as Trainor as they presented a parody of her popular hit, “All About That Bass”. Only this time, the general idea was not the singer’s assets, but[…]