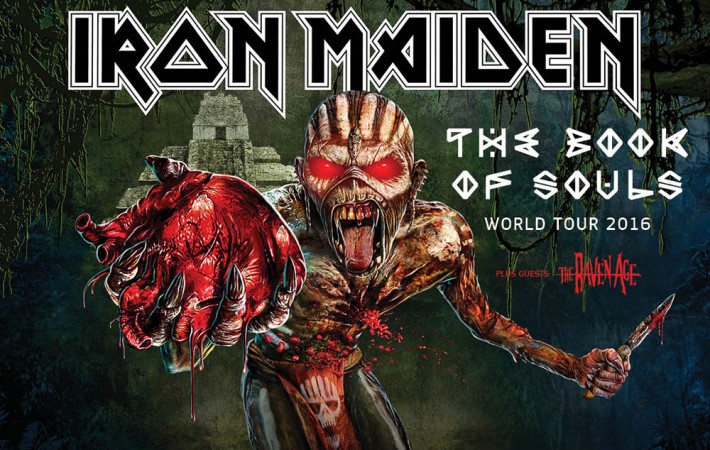 Iron Maiden have announced the first nine dates for their upcoming Book of Souls World Tour. The band have released a statement on their website saying, “The Book Of Souls World Tour will open in the USA in late February for three shows, (then) in early March visiting Mexico, followed by a much anticipated first ever concert in El Salvador and[…]