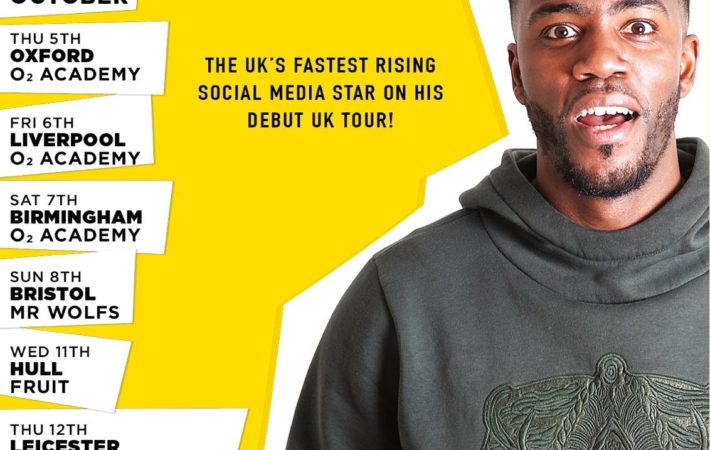 UK’s fastest rising social media star Mo Gilligan aka Mo The Comedian has announced that he will be going on his biggest UK tour yet, starting in October.   Mo will kick off his UK tour on Thursday, October 5 at the 02 Academy Oxford, then will go on to perform at many of the UK’s top event venues[…]