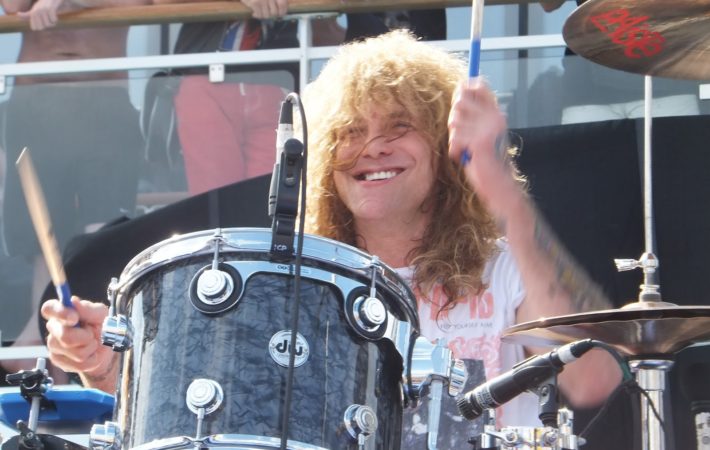 Guns N’ Roses’ Not in This Lifetime Tour sees frontman, Axl Rose, lead guitarist, Slash, and bassist, Duff McKagan, together for the first time in 23 years. During their stop in Cincinnati on Wednesday night (July 6), the three were also joined by original drummer, Steven Adler.   He appeared onstage near the end of their set, playing “Out[…]