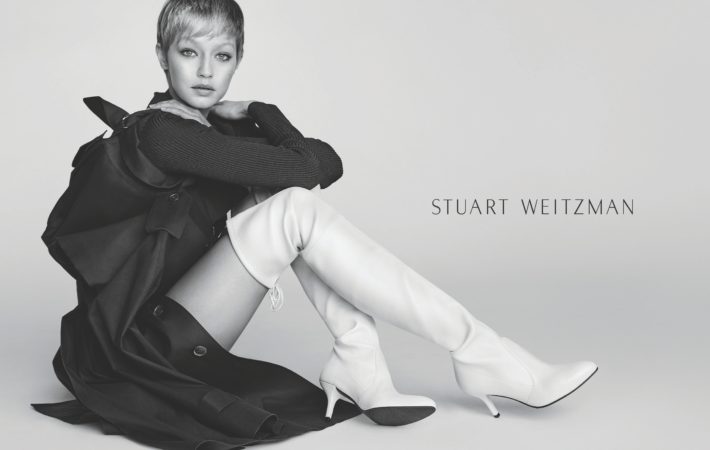 Twenty-three year old American model Gigi Hadid looks completely different than usual in the Stuart Weitzman new advertising campaign.   Gigi’s long blonde hair has disappeared, with the model trading it for a super-short cut. The look was said by the brand to have been inspired by Jean Seberg’s character in the classic 1960’s French movie Breathless. The campaign[…]