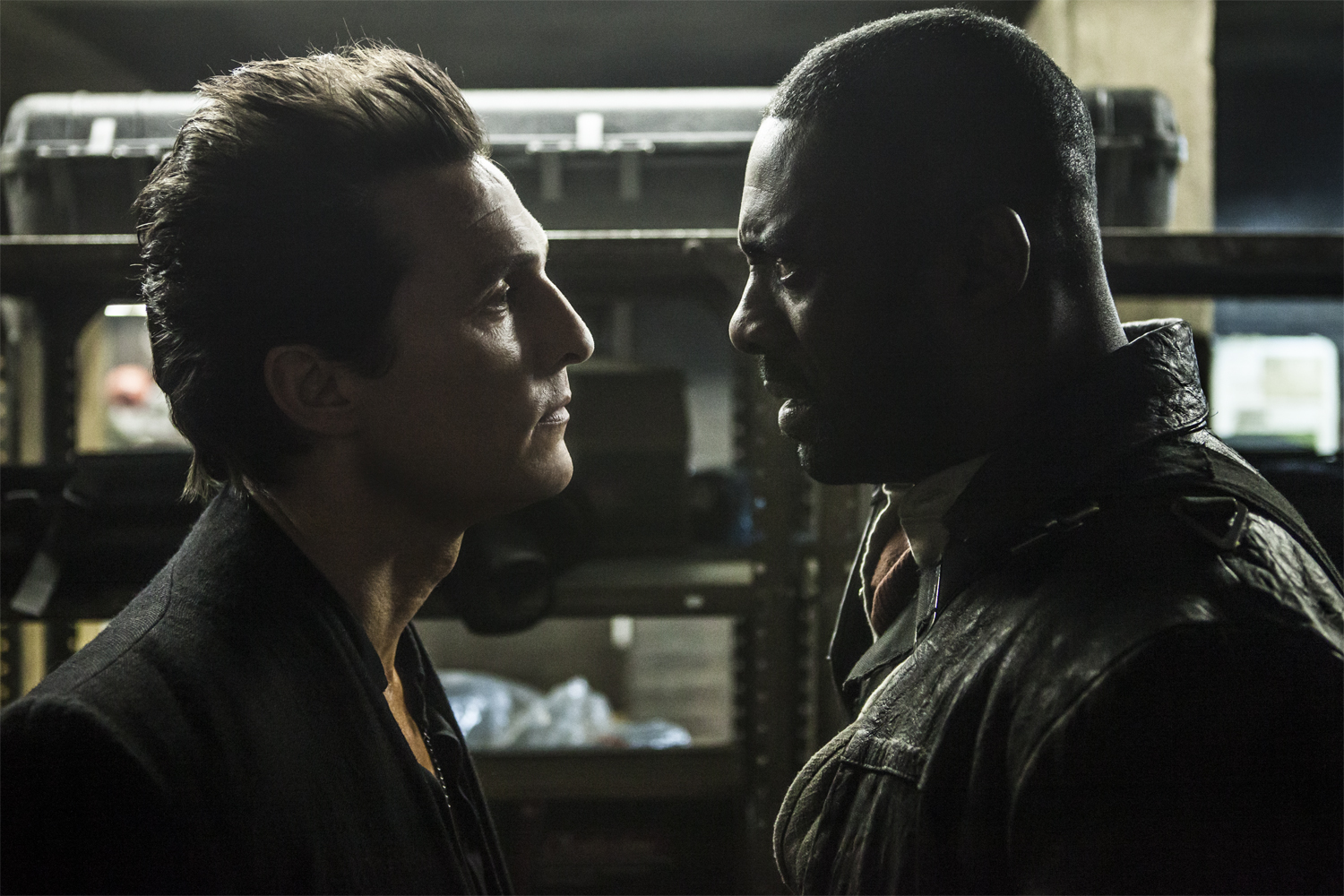 A synopsis for this film via IMDb reads: “The last Gunslinger, Roland Deschain, has been locked in an eternal battle with Walter O’Dim, also known as the Man in Black, determined to prevent him from toppling the Dark Tower, which holds the universe together. With the fate of the world’s at stake, good and evil will collide in the ultimate battle as only Roland can defend the Tower from the Man in Black“.

I would like to start off this review by saying that the film is better than the trailer and I was right to write in my previous articles that The Dark Tower is not to be missed. It had everything a cinema goer wants to see in such a film: action, suspense, fantasy.

Idris Elba and Matthew McConaugheywere brilliant and a perfect choice for their roles. Tom Taylor‘s portrayal of Jake Chambers, the young boy from our world who dreams about the Dark Tower, was definitely pivotal in making this film work. And he was excellent; he was a perfectly played character that was neither too strong nor hapless. He thus carried an enormous weight on his portrayal and did an excellent job of it.

I really loved the way the film was shoot and after watching it, I’m now interested in reading Stephen King’s books. I imagine the books are more descriptive than the film and that is really awesome. When I was watching this I really connected with the storyline and I believed it was powerful.

The pacing was perfect and relentless. The negative characters were well and truly and wholly bad – but not in a shallow or trite manner. What should I say about the good guys? They were troubled, wounded, but determined, resourceful and, ultimately, good guys. Overall,the film is dark and dangerous and depicts how desperate the times are, that the characters find themselves in.

If I were to give a mark for this film it would be an 8 out of 10. The Dark Tower is out in cinemas everywhere! Here’s a preview of what you can expect: