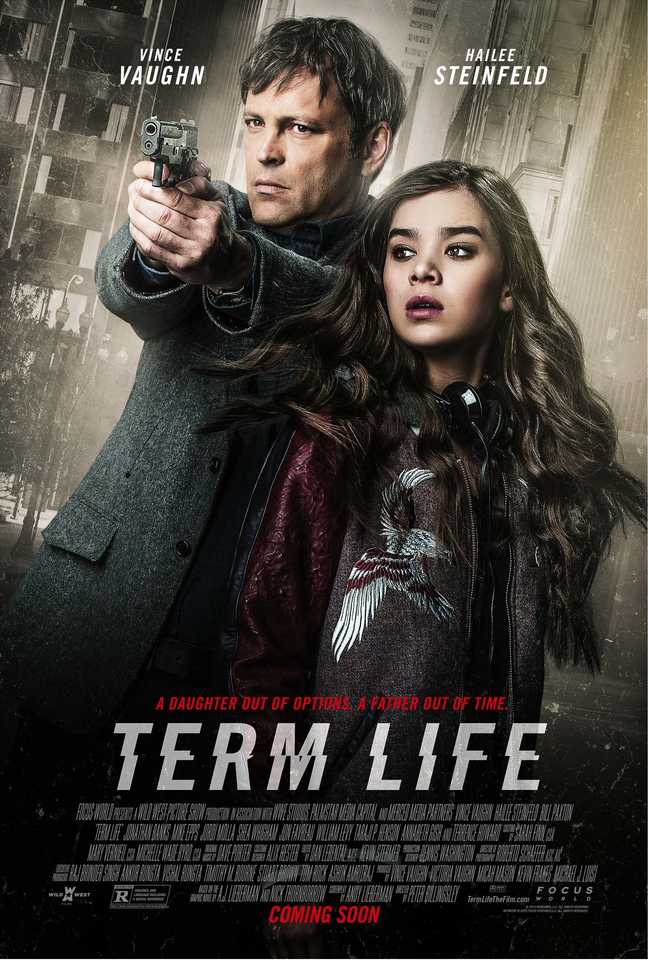 The dodgy poster with Vince Vaughn‘s odd hair and tiny arms tells you all you need to know about this film. Stuck in development for some time with spates during post production, the trailer for the crime drama directed by Peter Billingsley has arrived.

The plot follows Nick Barrow (Vaughn), who plans heists and comes up with tricks for career criminals going on the run from the mob with his estranged daughter (Hailee Steinfeld). You can watch the uninspiring trailer below. No UK release date confirmed yet, but Term Life arrives in the US via VOD on March 1, 2016 ahead of a theatrical release on April 8 2016.