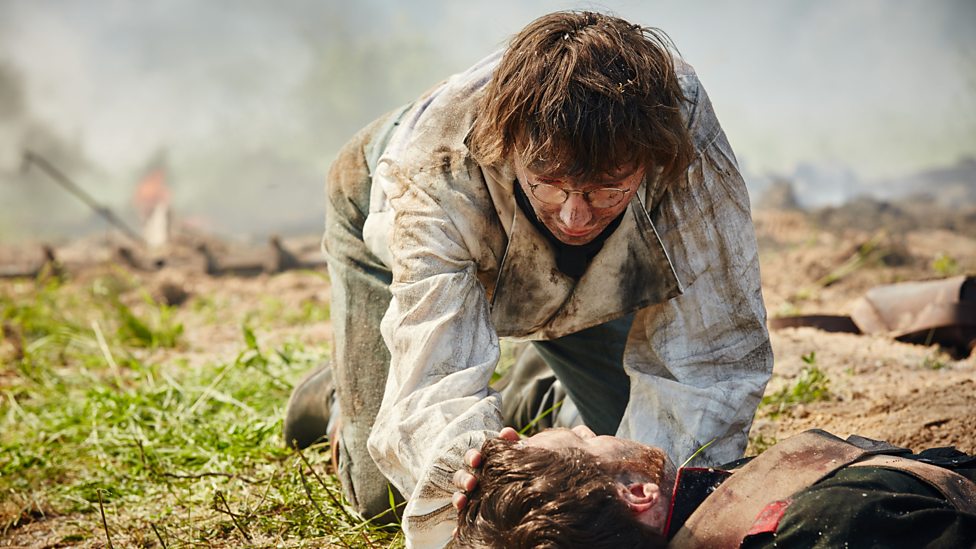 This week’s episode brought about the historic Battle of Borodino, as the picture above depicts. A slightly more entertaining episode this week, but in general more of the same.

Napoleon has crossed the border, marching towards Moscow with his huge army, prepared to take over Russia. The Russians are clearly outnumbered with little hope of success. This does not stop some of the main characters participating in some way. Despite Andrei’s personal struggles with Natasha, after hearing of her betrayal and his fractured relationship with his father, he turns to war yet again.

Whenever faced with personal difficulties, Andrei turns to war as some kind of escape, fighting a battle he is bound to lose. Andrei seems to have a constant death wish, despite having a family that need him. Every time he goes to war, Marya (Jessie Buckley) has another emotional event to overcome, with her father showing little concern.

Marya has arguably developed the most throughout the series. Although tearful 90 percent of each episode, she demonstrated leadership and stood her ground when faced with rebellious peasants, which as a woman at the time, would not have been easy. Having spent a lot of the series being undermined by her father she finds inner strength to deal with the situation.

Buckley brings a character that could be appear dull, to a level that makes her likeable and someone an audience can root for. This has been relatively absent throughout the series. She also meets Nikolai Rostov and a bond swiftly develops – more of this no doubt next week.

A common theme throughout the episode has also been some confusion as to whether the audience is meant to find some scenes particularly comedic. The problem occurs mostly when Pierre is present. Pierre is so unsure of his place in society he takes the reckless and bizarre decision to join Andrei on the front line. His whole presence in the battlefield is almost comedic it is so ridiculous.

The episode was left on somewhat of a cliffhanger so is Pierre the hero of the hour?

“We lost half our army at Borodino, let us not lose the other half”.