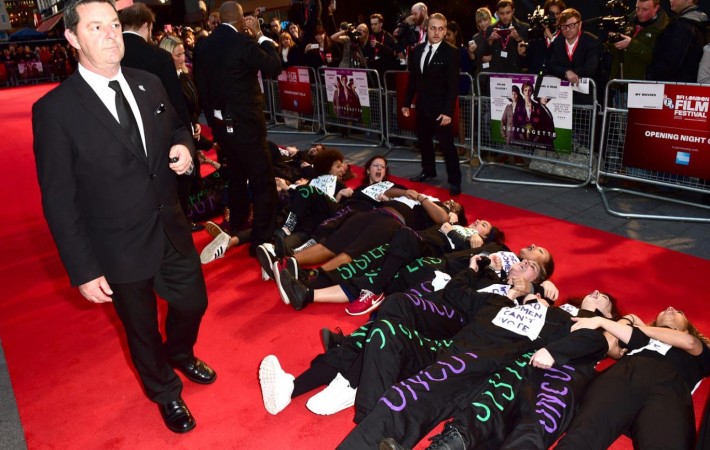 Last nights’ premiere for Carey Mulligan’s new film Suffragette was taken over by domestic violence protestors who lay on the red carpet wearing shirts printed with the words “Dead women can’t vote” on the front. The protest group, named Women from Sisters Uncut were protesting against domestic violence funding cuts.   The Feministo on the group’s website explains that[…]