Batman, arguably the most popular superhero, and certainly one of the most popular to meme. After stealing the show in 2014’s, The LEGO Movie, Batman returns for his own solo movie in the LEGO universe and is certainly fun for fans of the Caped Crusader.

After stopping The Joker (Zach Galifianakis) and the entire Batman’s rogue gallery, Batman (Will Arnett) is celebrated as a hero by the citizens of Gotham but lives a life of solitude in Wayne Manor: even rejecting The Joker as his nemesis. Hurt, The Joker, comes up with his most dastardly plans yet to destroy Gotham whilst Batman has to learn to let people into his life.

The LEGO Movie showed that even a film designed to be a giant toy commercial can still be entertaining and intelligent. The second LEGO Movie continued what worked in the 2014 film: The LEGO Batman Movie was made by fans, satirising all incarnations of the character and even the fandom.

Arnett’s version of The Dark Knight is a superhero whose public persona is self-adulation, seeing himself as a rock star rapper of awesomeness. Yet this is a mask to the internal pain he’s suffering – that he is isolated and lonely and craves a family. But he drives away people who want to get close to him and want to help – seeing it as a way to protect them.

Batman egoism worked in The LEGO Batman Movie because he was a supporting character – he had other personalities to bounce off. In his solo film he needed an arc to soften him and show there is more to him. It would have worked in a serious Batman film: that he needs to opens up.

The LEGO Batman Movie had a great and keen voice cast – featuring Rosario Dawson, Ralph Fiennes and Michael Cera. Dawson and Fiennes were the straight characters, offering a deadpan wit, especially Fiennes, whilst Cera was wonderfully enthusiastic as Dick Grayson/Robin.

Galifianakis was a perfect fit as The Joker – being a theatrical and maniacal villain: what fans would want from the Joker as he comes up with giant complicated plans. He is a big improvement over Jared Leto‘s version in Suicide Squad, which was basically the live-action version of the character in the hated All-Star Batman and Robin series.

All incarnations of Batman are referenced in The LEGO Batman Movie: the ’60s TV show, the Burton/Schumacher series, The Dark Knight Trilogy and the DCEU. Even the great ’90s animated series gets a quick mention. It is a delight for anyone who loves Batman and the version they prefer: whether it ’60s style fight scenes to using The Dark Knight Rises version of Bane.

The LEGO Batman Movie had five writers working on the screenplay, including Pride And Prejudice and Zombies/Abraham Lincoln Vampire Hunter writer Seth Grahame-Smith and Chris McKenna (American Dad, Community) and, with the animation team, they cram pack the film with jokes – from small visual gags to witty exchanges between the character and even some fourth wall breaking – which is how the film starts.

The plot is intentionally like something a child would come up with: much like the first LEGO Movie. This approach gave the writers and director, Chris McKay, a huge template to satirise the Batman universe as well as seeing the Bat-family fans villains from other franchises such as Sauron, Lord Voldemort, Agent Smith and British robots (ask your nerd friends). It was an insanely fast paced ride that audiences can geek out to.

The composer Lorne Balfe even provides a score that was grand and epic and could have easily worked in a live-action: it was that good.

The LEGO Batman Movie is an energetic animated film that will please comic-book fans and children will love it. It is both an entertaining kid’s film and a loving satire of Batman. 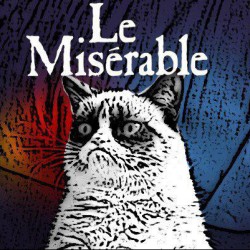