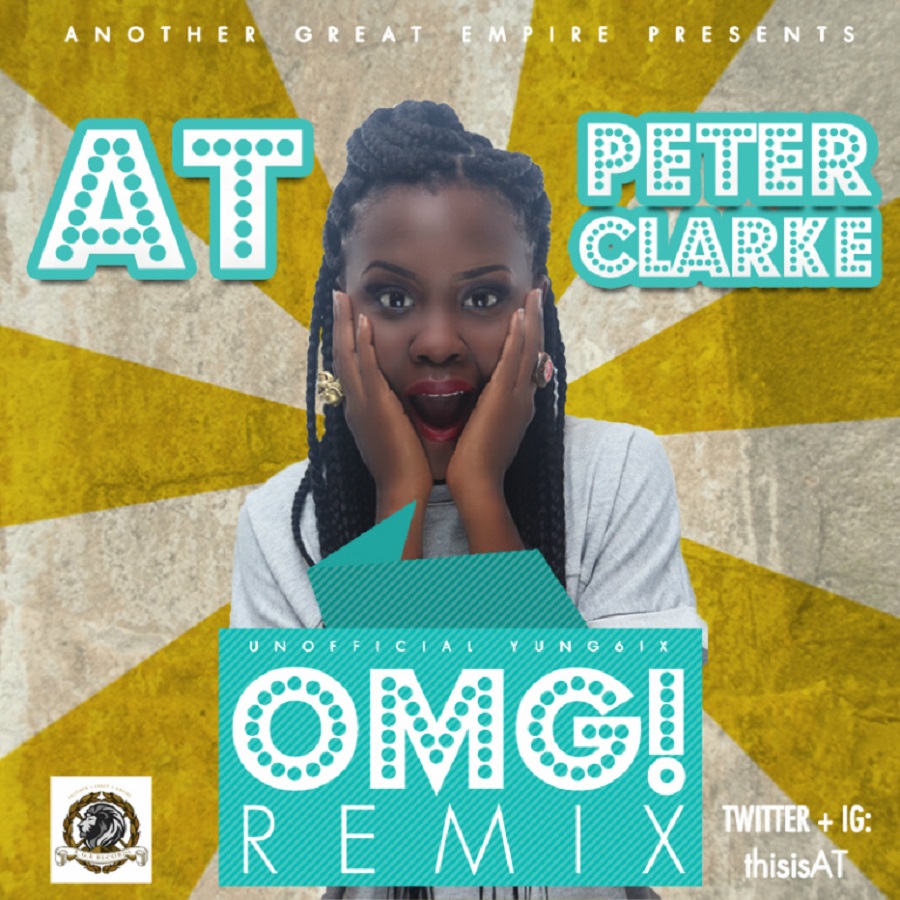 Female Nigerian rapper AT has released her own remix version of Yung6ix‘s single “OMG” featuring Peter Clarke. AT really shows off her skills and does justice to the remix, “OMG (Remix)” is AT‘s warm up single before she releases her official single for 2014 which is due to be released shortly. In the meantime, listen and download “OMG (Remix)” down below…