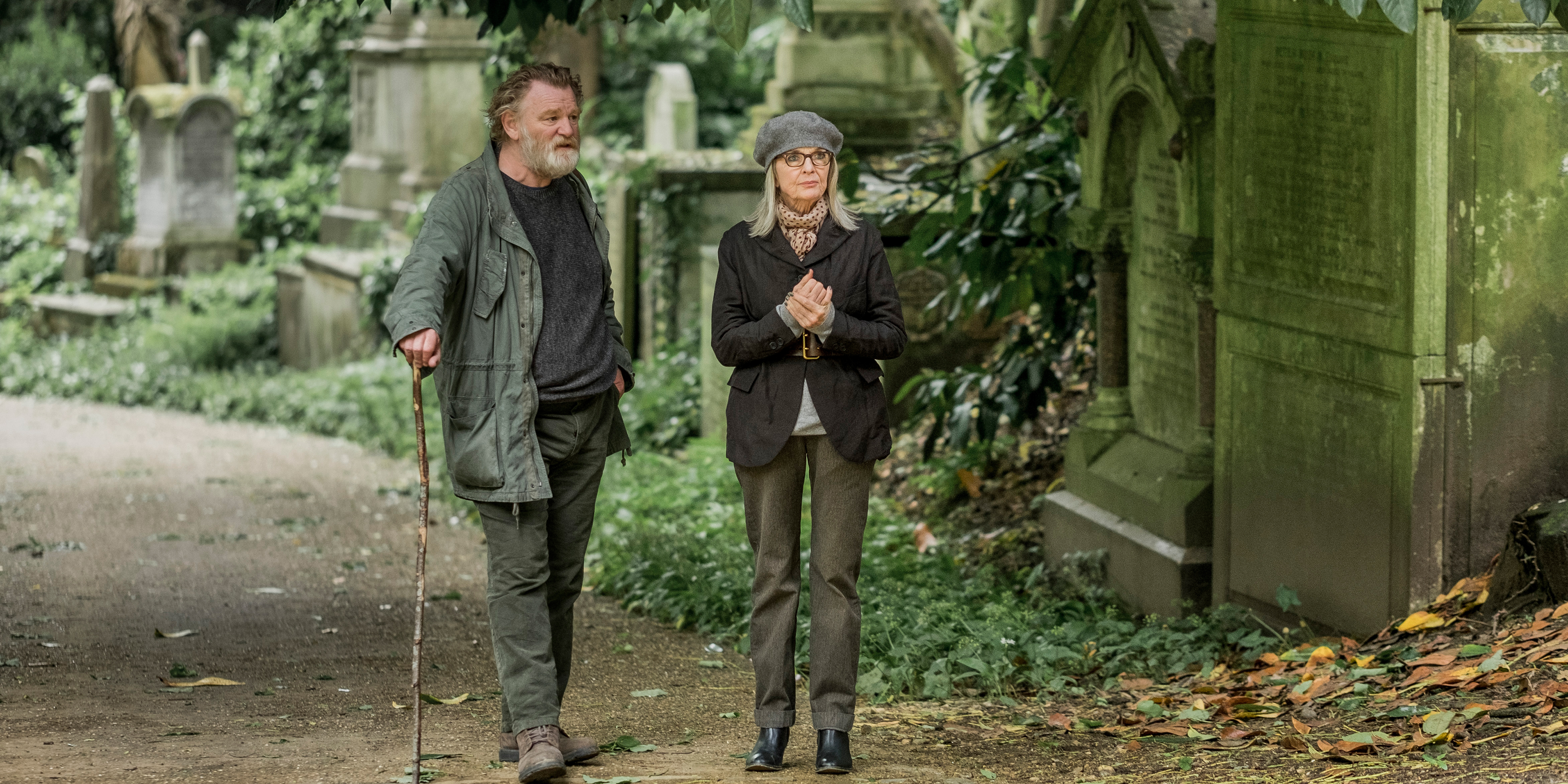 Hampstead is a 2017 feel-good drama starring Brendan Gleeson, Diane Keaton, James Norton, Jason Watkins and Lesley Manville, directed by Joel Hopkins (known for Last Chance Harvey and The Love Punch). A quick synopsis for this film reads: “An American widow finds unexpected love with a man living wild on Hampstead Heath when they take on the developers who want to destroy his home”.

I saw this film on Saturday and it proved to be the perfect choice for a day out at the cinema. Why, you might ask? First of all, the story was well thought out and well told. Second, the acting was top class, with Keaton and Gleeson at their best. Finally, it was beautifully shot and presented a nice view of Hampstead Heath. In sum, it’s not to be missed.

Based on a true story, the film takes us on a journey of burgeoning love between a widowed American and a man who deliberately chose to remove himself from society. Putting nothing into society, yet taking nothing out, he is persecuted for his lifestyle and when he is being threatened with eviction, he finds support from an unexpected source: Emily, played by the wonderful Keaton, who brings her flighty style to this put upon, widowed character.

However, there is one uneasy moment for me which was when Emily seemed to briefly change her personality, making me wonder where things were going.

If I were to rate Hampstead, it would be an 8 out 10; I’ve always loved Diane Keaton and her films never disappoint.

Hampstead is out in cinemas now, and you can watch the official trailer below: