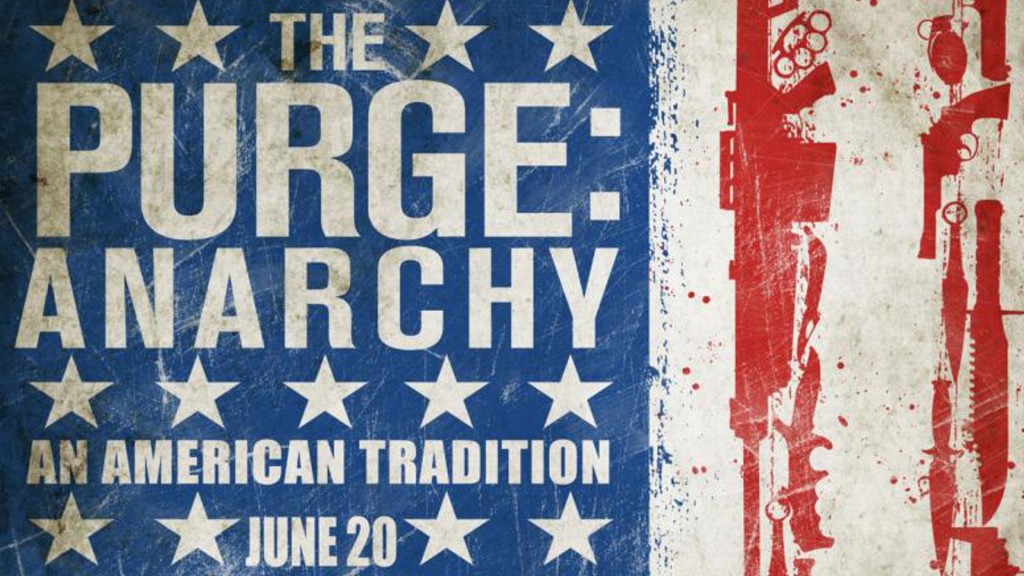 The much anticipated trailer for horror flick Purge 2: Anarchy (The Purge: Anarchy) has finally been released and the sequel story takes a less traditional horror route than you would think. Taking place in an alternate universe where for 12 hours every year, there are no rules in relation to crime, Purge 2: Anarchy offers up the option of either locking yourselves in your home to keep safe or committing as many crimes as you like without any repercussions.

During this 12 hour period, no emergency services are running. Real-life married couple Zach Gilford (Friday Night Lights) and Kiele Michelle Sanchez (Lost) star as a couple who while rushing to get home before the ‘Purge’, run out of petrol. As the radio announces that the ‘Purge’ has begun, the couple leave their car and try to survive the entire night.

While the first film focused more on how the wealthy are affected, the sequel will look at how the city’s approach to crime affects the poorer people who inhabit the city. It hints that this period of legalized crime is used to rid the country of the poor who they believe make up for the majority of the unemployed and main contributors to crime. The Purge: Anarchy film will be in released on June 20, 2014.